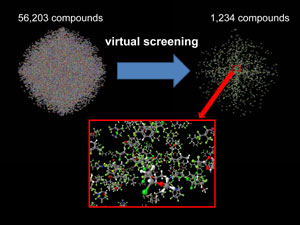 Researchers at the National Institute of Standards and Technology (NIST), Gaithersburg, Md., developed a computational method for identifying candidate refrigerant fluids with low global warming potential (GWP) and other performance and safety features.

The new method was used to identify approximately 1,200 promising, low-GWP chemicals* for further study. Only about 60 of these have boiling points low enough to be suitable for common refrigeration equipment, an indication of how difficult it is to identify usable fluids.

The ongoing NIST project is a response to U.S. industry interest in a new generation of alternative refrigerants, which are already required in the European Union.

Promising low-GWP chemicals include fluorinated olefins, which react rapidly with atmospheric compounds and, consequently, will not persist for long periods.

The new NIST method estimates GWP by combining calculations of a compound's radiative efficiency (a measure of how well it absorbs infrared radiation) and atmospheric lifetime, both derived from molecular structure. Additional filtering is based on low toxicity and flammability, adequate stability, and critical temperature in a desirable range.

The screening is the initial stage of a larger study funded by the U.S. Department of Energy. The next step will be to further narrow down the candidates to a couple dozen suitable for detailed investigation in refrigeration cycle modeling.