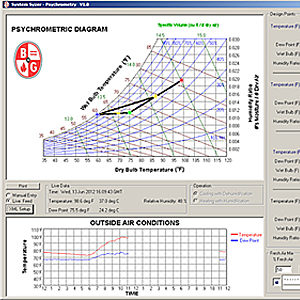 The program application is based on the plastic wheel calculator designed by the Morton Grove, Ill.-based company’s Gil Carlson, who is widely recognized as the “father of modern hydronics.” Carlson first introduced the System Syzer in 1963, and it has since been distributed to more than 100,000 engineers and tradesmen.

The System Syzer application is free of charge and can be downloaded from the Bell & Gossett website at www.xyleminc.com/ESP.