A Critical Review of the Benefits and Costs of EPA Regulations on the U.S. Economy, a new study from the National Association of Manufacturers (NAM), 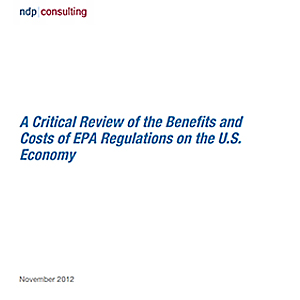 The study, conducted by ndp|consulting, examines the cumulative impact on the U.S. economy of EPA regulations:

To review the report, visit www.nam.org.

Mitigating the Impact of Cooling-Water Intake

The Handbook Of Cryogenic Engineering

The Art of Cryogenics, 1st Edition