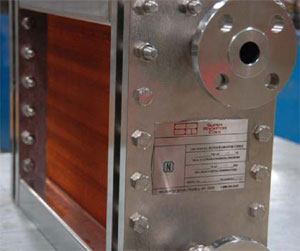 Super Radiator Coils has built a 13,000-ft2 addition to its plant in Minneapolis, to be used primarily to manufacture heat exchanger coils for emergency, rapid cooldown procedures at nuclear power plants. The company is one of only three manufacturers in the world that are certified by the American Society of Mechanical Engineers (ASME) to meet its standards for nuclear power plant equipment and to display the society’s N-Stamp on its coils.

The catalyst that motivated the company to build the addition was a multi-million-dollar contract it received from Pacific Gas & Electric for its Diablo Canyon Nuclear Plant in San Luis Obispo County, Calif. The facility is undergoing a major renovation to replace all the safety-related coils that are associated with its two nuclear reactors, a process that will take about five years.

SRC’s rapid cooldown coils are critical safety-related components for emergency shutdown procedures in the event that a loss-of-cooling accident occurs inside a nuclear power plant. The large banks of coils are built with copper tubes and fins that quickly lower the temperature and pressure of the atmosphere in the containment building, which houses the reactors.

The Role of Filtration in Process Cooling Water