NIST Aims to Educate Industry about Alternatives to Mercury Thermometers 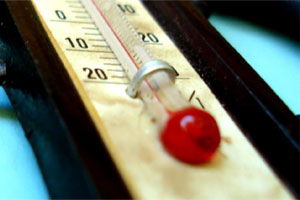 As part of a larger effort to reduce the amount of mercury in the environment, the National Institute of Standards and Technology (NIST) has a website to help industry scientists and engineers decide the best temperature measurement alternative for their purposes. The website also includes information about myths pertaining to mercury and temperature measurement, and how to safely package and recycle mercury-containing products.

NIST stopped providing calibration services for mercury thermometers on March 1, 2011. This was motivated in part by NIST’s work with the Environmental Protection Agency to eliminate as many sources of mercury in the environment as possible.

Cross points out that other thermometers based on the principle of thermal expansion of a fluid such as alcohol are not hopelessly inaccurate. In fact, they are as accurate as mercury thermometers and are suitable for some applications that do not require stringent temperature control.