Tenaska Gateway Generating Station, a combined-cycle power plant in Texas, has employed advanced water treatment technology from GE to save more than $3.2 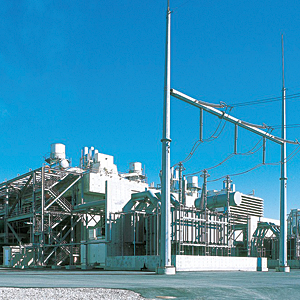 million in operational expenses and reduce its use of water treatment agents in the past three years.

In 2010, the existing ion exchange technologies that had been the primary water purifier at the Tenaska Gateway Generating Station, located near Mt. Enterprise in Rusk County, Texas, were enhanced with GE equipment utilizing reverse-osmosis membrane technology. In addition, GE technologies were employed to treat the power plant’s water used in the heat recovery steam generators and cooling tower. According to Steve Pearson, plant manager of Tenaska, with GE’s water treatment technologies, the plant uses fewer water treatment agents, which helps prevent water quality degradation and the need for additional treatment.

“Tenaska Gateway Generating Station has a long-time working relationship with GE since before the plant was commissioned, first by employing GE’s gas turbine and steam generator technology and more recently, by upgrading our water purification technology. GE’s new water treatment equipment enables us to use water more efficiently,” said Pearson.

Since the improvements, the plant does not need to regenerate the demineralizers as often, which in turn saves money and minimizes the amount of treated wastewater returned to the environment.

The enhancements helped Tenaksa earn a “GE Return on Environment Award,” which recognizes industrial users that surpass environmental and industrial operational goals while balancing demands. Tenaska was recognized for its noteworthy reductions in rinse water and water treatment agents.