The Bitzer Group held a ceremony in June to inaugurate the company’s Flowery Branch site in Atlanta. The 90,000-ft2 facility produces semi-hermetic reciprocating 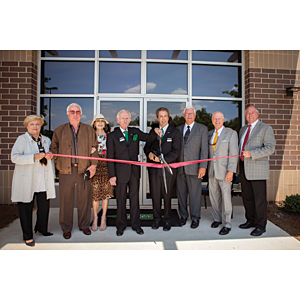 Bitzer US Inc. has been manufacturing products in Atlanta for the North American market since 2005. Growth in output has been positive with annual production levels increasing tenfold by 2012, according to the company. Having reached its capacity, Bitzer decided to construct a new building in the immediate vicinity of the existing factory. The groundbreaking ceremony was held in March 2012, and machines in the new building were installed and commissioned by the end of that year.

The old site is used to manufacture pressure vessels as well as shell-and-tube heat exchangers.