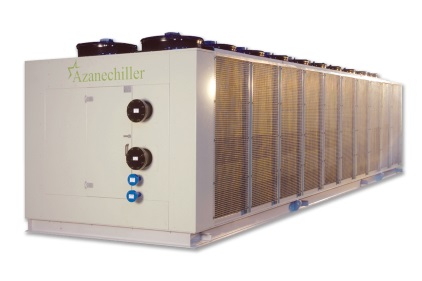 Azane Inc., based in San Francisco, will act as the regional headquarters for Star Refrigeration Group, Glasgow, to serve the North American industrial refrigeration customers with low-charge ammonia technology.

According to the industrial refrigeration group, its Azanechiller and Azanefreezer technology was developed to meet the environmental and legislative challenges that the cooling industry was facing as Europe started the phase-out of ozone-depleting refrigerant R22. The technology is being introduced to the U.S. market, according to the company, as the refrigeration industry begins to see the effects of the EPA’s R22 phaseout program.

The Azanechiller and Azanefrezeer are factory-built industrial refrigeration packages that use a low charge of the natural refrigerant ammonia. According to the company, they have been designed to operate with as little as one-tenth of the charge of a traditional refrigeration system and do not trigger OSHA’s PSM and the EPA’s RPM requirements.