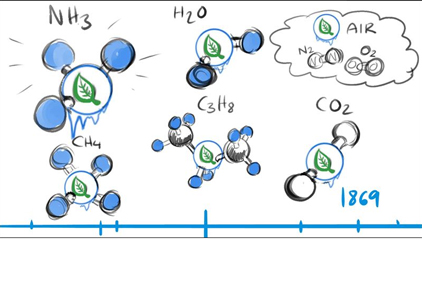 The ancient Egyptians were already using ice to cool their food more than 5,000 years ago. In its illustrated short film “Naturally Cool”, eurammon — a joint European initiative of companies, institutions and individuals who advocate an increased use of natural refrigerants — shows the evolution in the use of natural refrigerants up to present day.

The video also highlights those areas of daily lives where environmentally friendly refrigerants such as ammonia, carbon dioxide and hydrocarbons like propane are already used.

Wanted: Academic Theses in the Field of Natural Refrigerants

Tax Incentives Encourage the Use of Natural Refrigerants