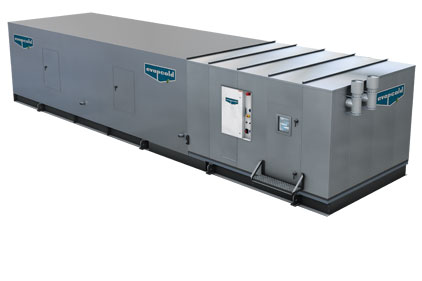 Evapco Inc. introduced a factory-assembled, low-charge ammonia refrigeration system that requires just 2.5 to 3 pounds of ammonia per ton of refrigeration at the 2015 IIAR Conference and Exposition.

According to Evapco, the new packaged refrigeration system delivers a cost-effective ammonia refrigeration system for retrofit applications, building expansions and new facilities while complying with increasing local and federal regulations for safe ammonia use and meaningful refrigerant charge reduction.

Evapco is demonstrating the Evapcold packaged refrigeration system from its booth at the annual meeting of the International Institute of Ammonia Refrigeration in San Diego.