For most industrial manufacturing, electric power generation and even air-conditioning needs, cooling towers are a critical element of the design. Cooling towers work on the principle of heat rejection: They extract heat to the atmosphere through evaporative cooling. The towers themselves are enclosed, steady-flow devices for cooling water by evaporation through direct contact with air. Cooling towers are used in water-cooled refrigeration, industrial process systems and commercial HVAC air-conditioning.

A simple way to appreciate how a cooling tower works is to consider the “beach effect.” On a 95°F (35°C) day with 95 percent humidity, a dip in the water is incredibly refreshing. When you get out of the water and are still damp, what happens when a breeze blows? You feel cool as the breeze evaporates the water on your skin. This is the basic premise behind evaporatively cooled equipment.

The essential element for a cooling tower to function is water, and water needs to be delivered through a piping system. It seems simple, but how effectively a cooling tower piping system is designed and installed can have a critical impact on system efficiency, functionality and even safety.

Most larger cooling tower systems use a multiple-cell configuration. This configuration allows for the correct staging of equipment as the process or facility loads vary. It also affords facility managers the opportunity to operate their plants at peak efficiencies. Additionally, these multiplexed condenser water systems incorporate sufficient redundancies such that critical operations are never in jeopardy of being nonoperational.

Cooling tower piping systems have evolved over the years from simplistic, dedicated hydraulic loops that lacked complexity to large-volume, multiplexed systems that offer peak operational efficiencies (figure 1). The evolution of a more sophisticated system is due in part to the advent of advanced controls and the operational flexibility of modern chillers, cooling towers and other mechanical equipment. Condenser piping systems are designed to be streamlined to keep capital costs low while yielding the most energy-efficient solution. 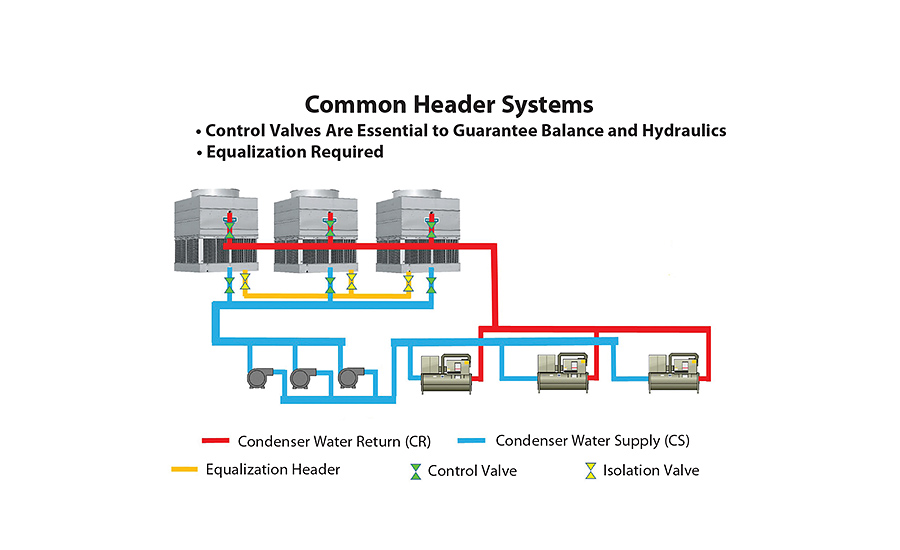 Today, multi-cell cooling tower configurations have common headers for both the supply and return lines (figure 2). In these systems, the use of automatic control valves for proper operation is imperative at the inlet (CR) and outlet (CS) of each cooling tower. 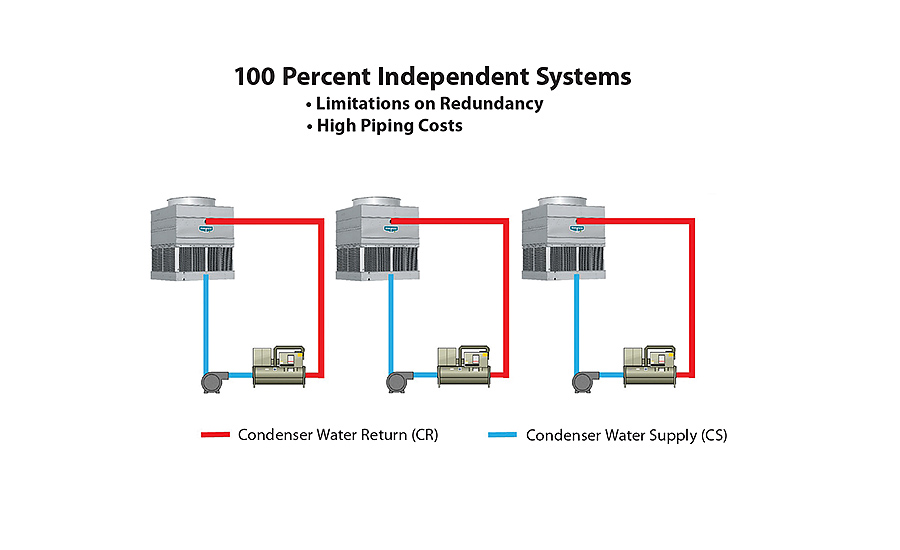 Additionally, it is a better engineering practice (and the recommendation of this author) to provide automatic control valves at the outlet of each tower’s equalizing line. This additional layer of automated control typically spurs the most dialogue within the engineering community as compared to the more commonly used manual isolation valve. However, this design approach is easily justified. It provides better hydraulic control as you sequence on and off additional machines, and it is typically inconsequential to the overall project cost.

When two or more cooling towers are integrated into a common condenser water system, equalization of all the cooling towers is required for a properly operating system. Equalization — the process whereby multiple cooling tower basins are mechanically connected through a piping system to allow for correction in the water-basin level — occurs during operation.

For proper equalization piping, assuming a 1” head differential, the equalizer lines are sized for a 15 percent flow imbalance between cells. This is derived from Bernoulli’s equation and the relationship of pressure and flow. (The good news is that there is no need to do Bernoulli’s calculations yourself: All of the necessary information is readily available from all cooling tower manufacturers.) 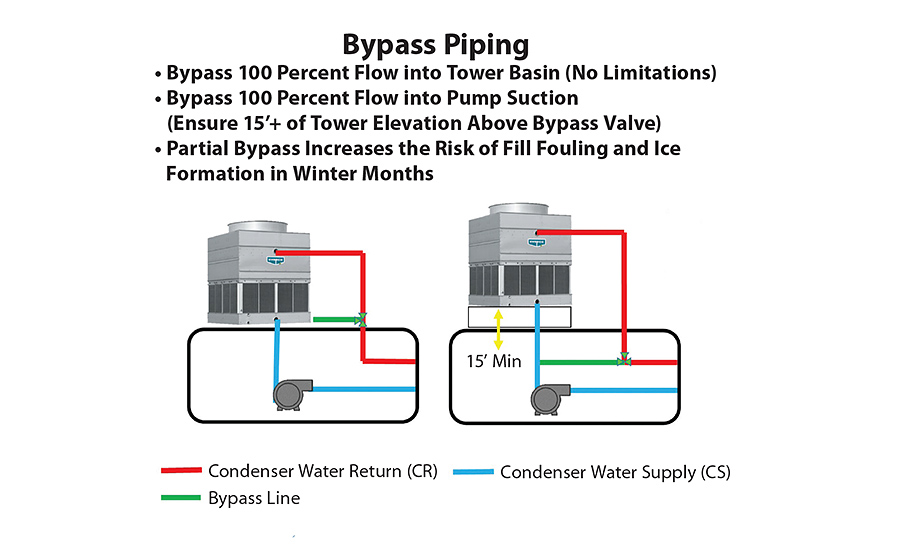 FIGURE 3. Bypassing the cooling tower is a common control function that is utilized in cool-to-cold climates to avoid or eliminate large volumes of cold water entering the condenser of the chiller.

Bypassing the cooling tower is a common control function that is utilized in cool-to-cold climates to avoid or eliminate large volumes of cold water entering the condenser of the chiller (figure 3). If water that is too cold enters the condenser, it can adversely affect the refrigeration cycle and shut down the machine. Likewise, if the bypass cycle is not properly administered at the cooling tower, hydraulic problems within the piping system and the potential for freezing can persist. When bypassing the cooling tower is necessary, two ways are recommended:

Once full flow is proven, typically through an end switch, integrate fan operation with the use of a variable-frequency drive for optimum temperature control.

“Pull down” is terminology that most are unfamiliar with in the industry. Pull down essentially is the volume of water required to prime the condenser loop when the pumps are initialized to start. Considerable thought must be placed on the location of the cooling tower relative to the process-cooling and facility layout as well as its associated piping system.

A multitude of issues arise because of this scenario. The first problem is obvious: The tower overflows and water treatment chemicals may be wasted. The second is that the basin will have its available pull down consumed in minutes if not seconds. The level of the problem is based on the severity of the drain back.

Remember, the instant the condenser pumps are initialized, the system is being primed with water. When problems with piping system design result in improper prime, the first thought about the source of the problem is usually the makeup water system. Whether it is electronic or the standard float, it is impossible for the mechanism to prime the condenser system. Inevitably, the sump is pulled dry, and air is introduced into the piping system. Until a more detailed evaluation is embraced, it is assumed that the makeup system is the culprit.

Do not fall into this piping design trap. Figure 4 shows a quick calculation that will allow engineers to evaluate their piping layout and make corrections before installing it in the field. 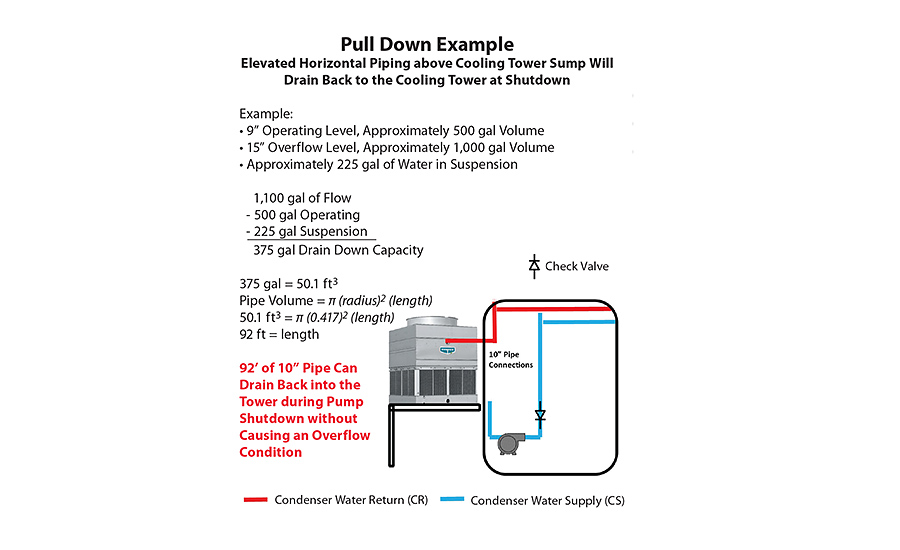 FIGURE 4. Pull down essentially is the volume of water required to prime the condenser loop when the pumps are initialized to start.

Another potential scenario that the engineer needs to consider is the design of condenser water systems with future buildouts. Multiple-cell cooling tower layouts are prone to a phenomenon when the system loads are light, and cooling towers sit idle waiting to be staged on. At low flow, aerated water at high velocity exits the cooling tower and enters the large condenser supply line, instantly reducing in velocity. At this point in the system, the pipe behaves more like a vessel which, in turn, allows for all of the entrained air to come out of suspension and wreak havoc on the system.

One common problem stemming from this is the displacement of water in vertical pipes (typically, the idle condenser supply lines). This creates a “burping” when initializing the tower cell and opening the control valve. Large slugs of air will disrupt the equalization of the towers and can create overflow situations. If air finds its way to the pumps, they will lose their prime.

In large-volume systems where future loads and future buildouts are incorporated into the design, operating schemes, expected flow velocities in piping, and the air vent locations and sizes must be scrutinized (figure 5). 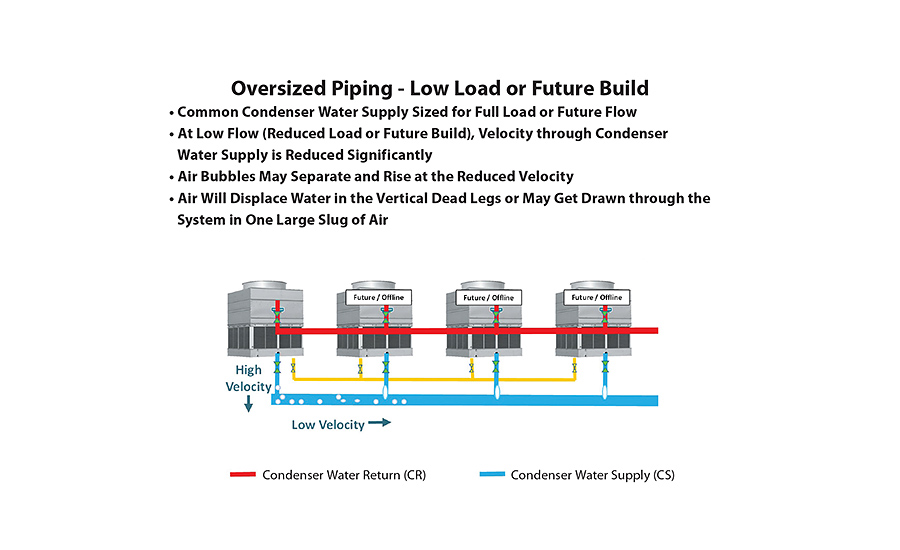 FIGURE 5. In large-volume systems where future loads and future buildouts are incorporated into the design, the pros and cons of oversized piping should be considered.

Cooling towers only work when they are properly piped for maximum efficiency. Piping design and installation is critical to optimal function. If you have a question about a particular system or a unique need, consult with a cooling tower expert to ensure that the piping you install will make for the most efficient system. PC

Christopher M. O’Boyle is the senior vice president of sales and marketing with Evapco Inc., Taneytown, Md., a manufacturer of evaporative cooling and industrial refrigeration systems for industrial process, power, refrigeration and HVAC applications. For more information from Evapco, call 410-756-2600 or visit www.evapco.com.