The Pleasanton facility was using a traditional chemical treatment program, along with a salt based water softener, in an attempt to reduce water usage and move toward their stated goals of sustainability. However, they still experienced poor HVAC performance including corrosion, bio-contamination and scaling. 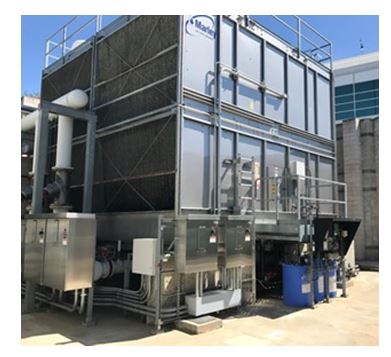 Management desired to further their environmental commitments by setting the following goals:

Diligent investigation into the efficacy of the technology included a visit to an existing DWT customer, who had their system in use for one year. The customer’s facilities personnel were extremely pleased with the systems performance and DWT’s service.

The DWT installation was begun in November 2016, and the system was started up on February 24, 2017. 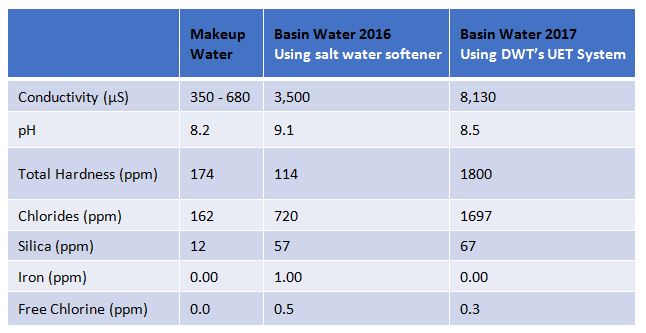 How UET Achieved the Roche Goals

The UET process is a well established technology which works with any water composition to restore water to its natural balance without adding chemicals by applying continuous partial electrolysis.

The Science behind UET 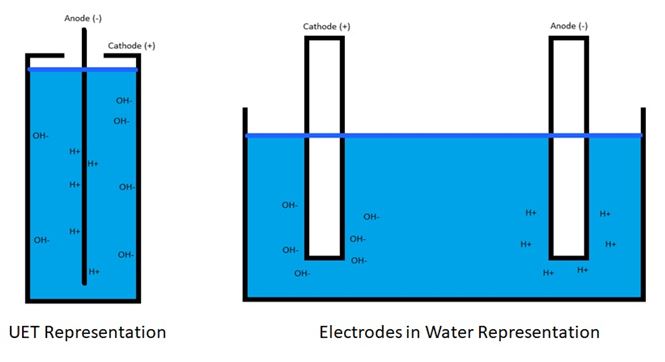 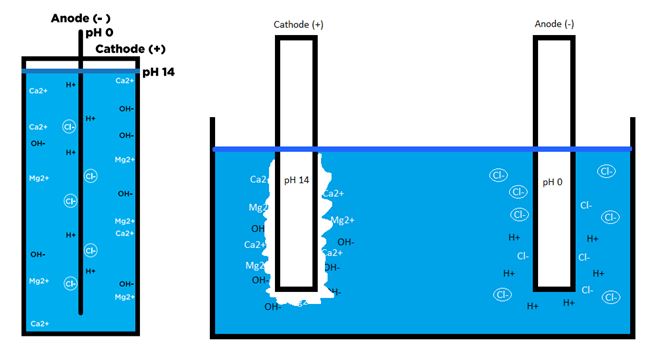 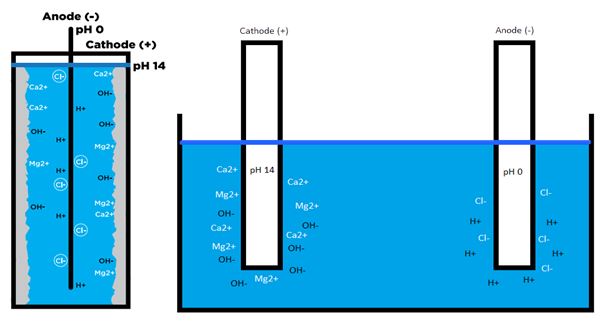 Excess calcium, silica and magnesium precipitate with carbonate and forms onto the cathode wall (scale control). Chlorides in water become activated to form HOCl and Chlorine (biocide). Water has saturated, stable Ca2+ and Mg2+ which acts as a corrosion inhibitor.  pH of 9 is far from corrosive index (corrosion control) 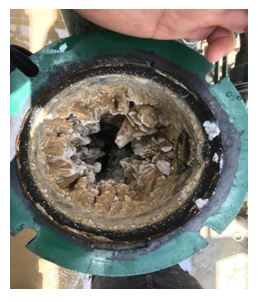 Scale, corrosion, and bio-contamination are the cause of major problems with commercial and industrial process water systems. Inefficient heat transfer, plugging, and outright failure happen all the time. Treatment of all three must be simultaneous to achieve and maintain effective water treatment. 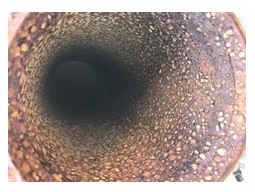 SCALE: The unstable minerals are precipitated within the wall of the reactor, keeping it out of the system.

CORROSION: Stable calcium and magnesium ions are left in an aqueous state while the pH is balanced around 9.  The water is well within the scale forming region, thus preventing corrosion.

BIO-CONTAMINATION: The UET provides continuous halogenation and is able to raise or lower chlorine levels. 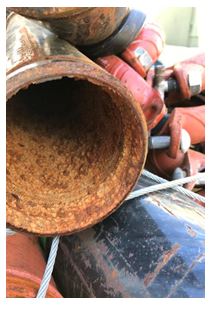 Chemical treatment does not have an answer for changes in makeup water composition.

Many chemical treatments can go awry, oscillating between scale forming and corrosion while blooming dangerous amounts of bio-contamination.

UET is a patented technology that utilizes controlled electrolysis to manage scaling, corrosion and bio-contamination instead of chemicals. The  system speeds the process of scaling within the controlled environment of tubular reactors on a basin side loop, rather than in the process piping.

The controller continuously adjusts the electrolysis. It then sends an electric current from an anode to the cathode using the water as a medium. The DC process spurs partial electrolysis in the water, splitting H+ and OH+ ions. The rapidly formed scale is soft and easy to clean out of the reactor chamber. The water leaving the reactors is in balance and no longer seeks to deposit scale in the tower or process piping and chiller.

The reactor also generates measurable chlorine, despite not adding any chemicals. The biocide level is adjustable and disinfects the process water, killing algae and bacteria, including the pathogenic legionella.

I was introduced to (DWT) Dynamic Water Solutions at the Santa Clara Facilities Expo in September 2016. What drew me to their booth was the UET (Universal Environmental Technology) Electrochemical treatment system for cooling towers and the gathered attendees inquiring about the technology.

The person I met was Mitch Miller, DWT's National Account Manager. Mitch presented their products in full detail and without any sales pressure.

Being and engineer, I'm typically skeptical in accepting new products w/o first-hand experience in their use or knowing others that have used them. I pursued investigating in-depth about their use and customer experience. So I first visited a customer who had their system in use for ~1 year. The customer (two facilities personnel) was overly pleased with the UET performance and DWT's service. I next went online to see if there were any complaints about the product and found none. Thirdly, DWT came to our site and met with our Facilities group including our SHE (Safety, Health & Environment and Operations and Maintenance personnel. The elimination of all our chemicals including softened water system and reduction in both water and sewer costs would help Roche in being more sustainable and what our SHE group wanted to see. Everyone was impressed; however a couple of our technical people were skeptical.

Roche Molecular Solution and DWT signed an agreement in January 2017 and had the unit installed in late February. Well, seven months into the UET's operation, I"M proud that we are successfully using the UET. Our water is crystal clear with no evidence of scale, corrosion, or bioburden.

The UET appears to be working as intended. What I think is tremendous is DWT's 20 year warranty. I can't think of other manufacturers who feel that confident of their products to offer the same.

I highly recommend the UET for use on cooling towers and working with DWT.

4 Steps to Prepare Your Chiller for Spring