Under certain conditions and with certain materials, heat is the enemy: ruining epoxies, spoiling food and interfering with the brewing process. These pitfalls, however, can be averted when the effects of heat are understood, and proper precautions are in place.

Temperature is the most important factor affecting food quality. Consider the many steps that take place between harvesting fresh produce and getting it on the consumer’s table. Especially during transport, maintaining cool temperatures ensures that the food arrives at its destination ready to sell instead of spoiled.

In addition, ethylene, which plants release and reabsorb to mature, plays a regulatory role in many processes of plant growth, development and eventually death. For fruits and vegetables, respiration, which creates ethylene, increases by a factor of two to five for each 18°F (10°C) increase in temperature above its recommended holding temperatures.

For example, strawberries, raspberries and blackberries have a shelf life of seven days at 32°F (0°C) but only one day at 68°F (20°C). Longer-lived produce such as green beans, mushrooms and green onions last only two to three days at 68°F (20°C). Above 86°F (30°C), the produce will die or lose quality rapidly.

All the way through the cold chain — also known as the temperature-controlled supply chain — produce should be held at its lowest recommended storage temperature. A cardinal rule in handling perishable produce is to keep it as cool as possible for as long as possible.[1]

Heat is an important part of the fermentation process; however, if heat enters the process at the wrong time, or lasts for too long, undesired flavors and aromas that compromise the quality of the spirit can develop.

Controlling the temperature of actively fermenting wort (the sweet infusion of ground malt or other grain before fermentation, which is used to produce beer and distilled malt liquors) can have a major impact on the flavor of the finished beer. Spirits spend years locked inside barrels during the aging process. During that time, they undergo a series of seasonal climatic changes that trigger chemical changes. Fermenting spirits or beer outside of the normal temperature range may produce excessive fruity-flavored esters or harsh-flavored fusel alcohols.

Once the ageing process is complete, heat can still damage the product. Take pasteurized beer for example. If kept in a cool refrigerator, consumers have more than a few months to consume. However, MillerCoors stated that “storing beer in the following conditions will result in equivalent flavor loss”:[3]

Protecting beer from heat extends its life and protects the flavor. Protecting from too much heat during fermentation will ensure that the spirit will have the flavor desired. 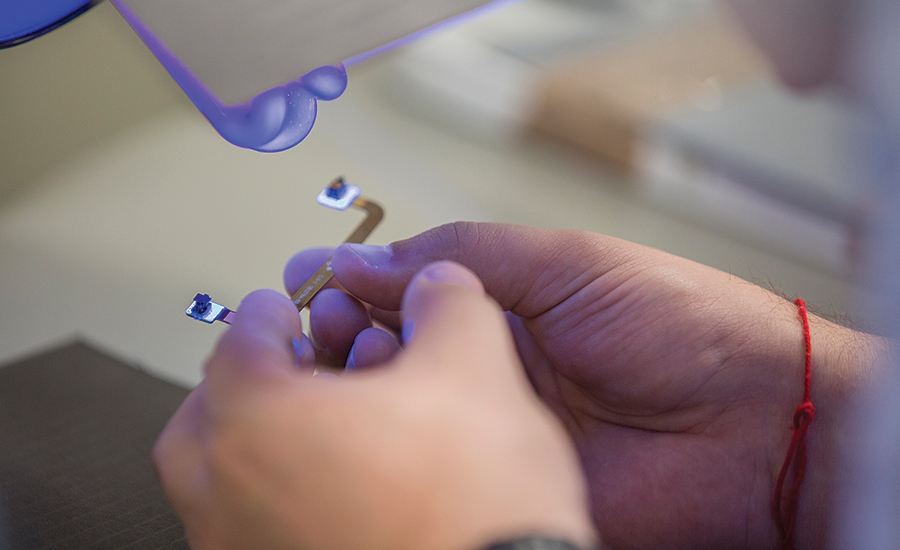 Ice circulation blanket is combined with either a cooler or chiller to achieve optimum results.

Epoxy can refer to many types of resins with similar properties and chemical structures. Typically used for adhesives, protective coatings and molds, epoxies are hard and notably inert after curing. Before curing, epoxy is liquid. The chemical reaction that results in epoxy is exothermic; that is, the reaction when epoxy is mixed creates heat. Epoxy that is curing can generate enough heat to burn skin and melt plastic. Adding more heat to this reaction makes the reaction advance faster. More heat, whether ambient temperatures or heat accelerators, will speed the chemical reaction.

In general, temperatures below 50°F (10°C) are too cold for epoxy to cure properly. Temperatures around 70°F (21°C) are ideal. In addition, if epoxy is spread in a thin layer, the chemicals are distributed evenly, the heat dissipates quickly and the heat released by the reaction does not affect the curing process significantly. If epoxy is kept in a container or spread in a thick layer, however, the heat from the reaction dissipates more slowly. In fact, the heat of the chemical reaction can speed its own curing process.[4]

Heat speeds everything about the curing process of epoxy. If there is a need to store the epoxy, some plans for cooling must be in place.

In conclusion, the key to keeping product at the desired temperature for that product is to prevent external heat from reaching it. An effective cooling solution should be able to remove as much heat as the environment is sending into the material you are trying to protect against the heat. 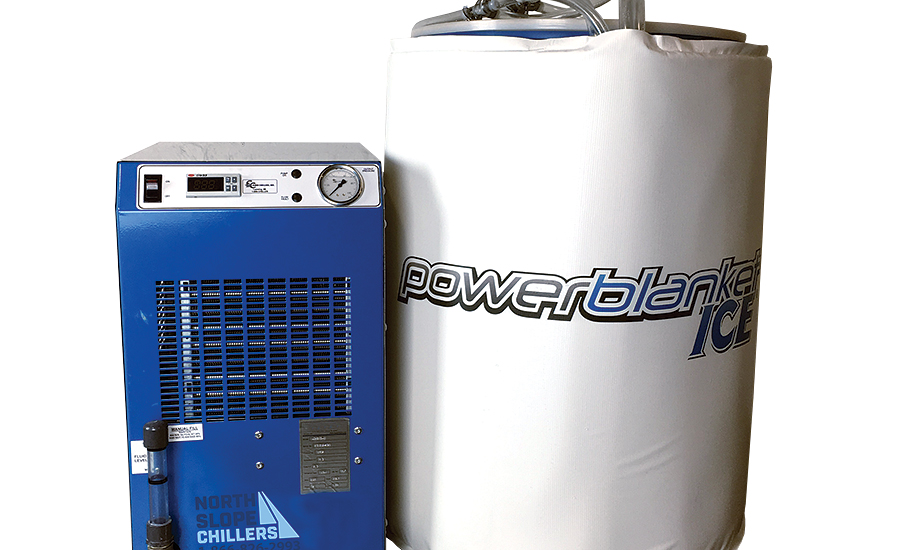 The key to keeping products and materials at the desired temperature is to prevent external heat from reaching it. An effective cooling solution should be able to remove as much heat as the environment is sending into the material you are trying to protect against the heat.