More than a decade ago, the U.S. government began studying the link between power generation and the natural water resources critical for its production. Recognizing that thermoelectric power generation is water intensive, the members of Congress realized that increased demands for electricity — created by America’s rapidly expanding economy — would put mounting stress on future natural water supplies. Could advancements in cooling technologies engineer a solution?

To find out, the U.S. Department of Energy (DOE) launched a research program in 2005 designed to develop technologies capable of reducing freshwater use in U.S. power plants.

As it turned out, plume abatement — a constant concern for most power plant operators — became the primary use for the newly developed technology. 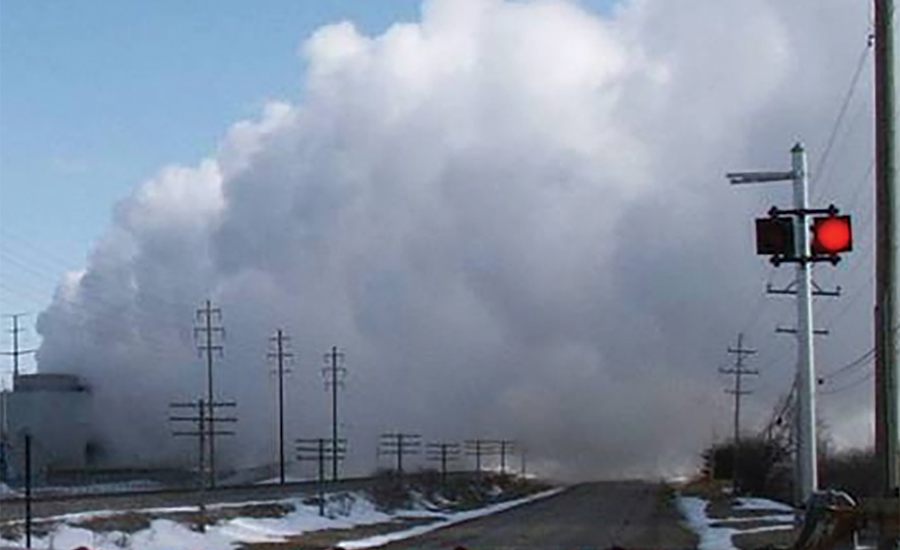 Plumes are worrisome to plant operators for a number of reasons. Chief among them is their potential to lower visibility on roads and runways, sometimes interfering with control tower functions and the flight path of planes.

The Challenges Behind Plume-Abatement Efforts

Most have seen the large, swirling white clouds rising above cooling towers at power plants and wondered whether they are environmentally safe. Called plume, the effluent is water vapor and condensate, and it is non-polluting.

Plume forms when the warm, moist air exiting the cooling tower mixes with much colder ambient air. The greater the difference between the temperature of the exhausted air and the temperature of the ambient air it is joining, the more visible the plume rising above the cooling tower. As the air mixes and cools, moisture in the exhausted air condenses, and the air becomes supersaturated. The supersaturated stated produces a visible fog (plume). Abatement involves the process of removing or diminishing this visible vapor.

Plumes are worrisome to plant operators for a number of reasons. Chief among them is their potential to lower visibility on roads and runways. (Plumes sometimes interfere with control tower functions and the flight path of planes.) Aesthetically, plumes can strain relations with neighboring businesses, residential neighborhoods and other public spaces. In some instances, there are regulatory compliance considerations involved. So, although the original driver of the DOE research was the conservation of water and energy, the investment in research yielded unintended benefits.

The plume-abatement technology developed is an air-to-air heat exchange condensing module. Placed above the tower’s wet fill media, the condensing module allows cool, ambient outside air to enter the tower plenum via ducting and extract heat from the separate warm, saturated air exiting the cooling tower. Laboratory tests predicted that the condensed water vapor —trapped inside the wet path of the condensing module — could be recovered at a rate that could save an estimated 20 percent of annual water usage, depending on climatic conditions.

In addition to conducting extensive water conservation measurements for this heat exchanger technology, engineers performed computational fluid dynamics (CFD) simulations of the tower designs and used them to predict and optimize a full-scale testing program. In 2008, the heat exchanger condensing module was tested in actual power plant conditions at the San Juan Generating Station in Farmington, New Mexico. The site was chosen by the DOE because it met the study criteria: a base-loaded, coal-fired power plant located in a climate hosting the full range of seasonal ambient temperatures down to 0°F (-18°C) in winter.

By all measurements, the heat exchange condensing module in the New Mexico test was a success. It performed as predicted to substantially reduce water usage. This technology also achieved effective plume abatement and reduced icing and fouling potential. An effective means of plume abatement was affirmed. 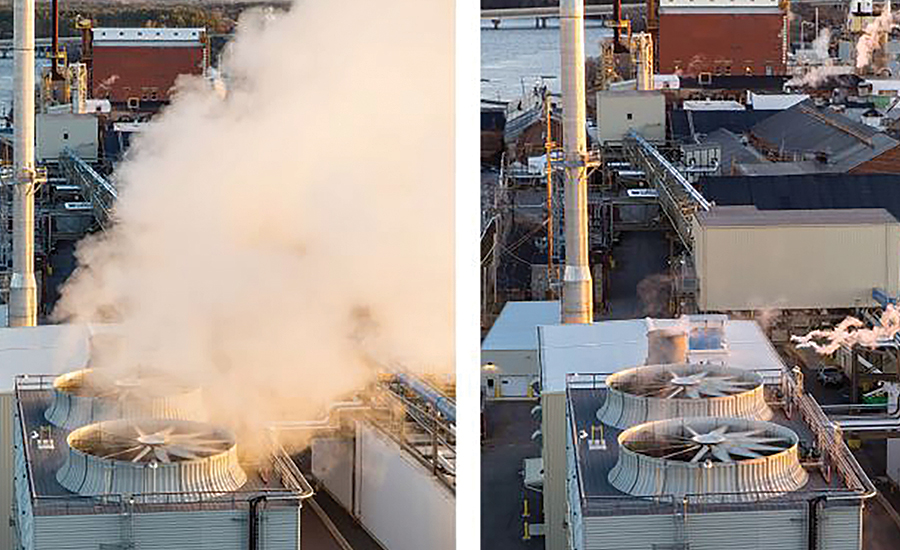 With the plume-abatement system, condensed water vapor can be recovered at a rate that could save an estimated 20 percent of annual water usage and effectively eliminate visible plume in the air.

Building upon the achievements of that early prototype, integrated plume-abatement systems that proved more reliable than traditional coil-based systems were developed.

One plume-abatement system employs a series of PVC heat exchanger modules located in the tower plenum (the enclosed space between the drift eliminators and the fan in induced-draft towers). The system uses external ambient air to condense moisture in the exhaust air prior to exiting the tower. Fewer grains of moisture escaping result in reduced plume and better water conservation. Specifying a plume-abatement solution such as this system can facilitate permitting for power plant construction and improvements, a process that is often costly and arduous.

A key benefit of the plume-abatement system is its adaptability. It can be incorporated into existing field-erected counterflow cooling towers, making it an economical alternative. The system requires less pump head, uses less auxiliary power compared to coil-type hybrid towers and requires less piping than conventional systems. Because it uses less energy than traditional dry systems, it positively impacts a power plant’s carbon footprint.

Best of all, efficiently removing water from the plume with the technology dramatically lessens visible plume while conserving a precious resource. The abatement system has been shown to reduce a cooling tower’s water usage by as much as 20 percent compared to conventional cooling towers. Water treatment chemical use may be reduced as well. 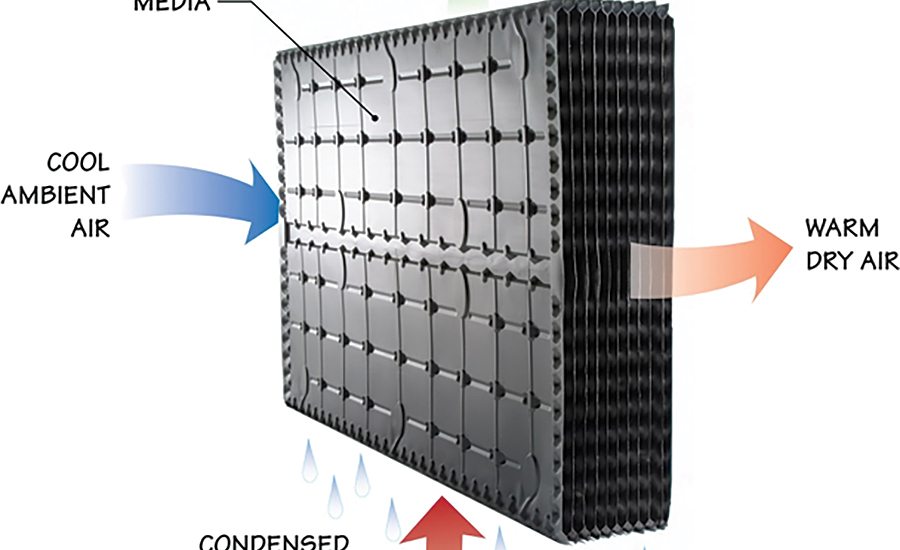 The plume-abatement system employs a series of PVC heat exchanger modules located in the tower plenum. It uses external ambient air to condense moisture in the exhaust air prior to exiting the tower.

Plume — a cloud of water vapor produced by a cooling tower — occurs when warm, moist air from the tower is cooled by the ambient air. The initial condensing module prototype — designed to meet the DOE’s challenge to help power plants conserve valuable natural resources — has evolved into an effective plume-abatement solution. The system conserves water, saves energy, adapts to new and existing cooling towers, permits flexible installation with the ability to retrofit to existing cooling towers and requires less maintenance.

Ken Mortensen is the senior research and development manager with SPX Cooling Technologies. The Overland Park, Kan.-based company can be reached at 913-664-4700 or visit www.spxcooling.com.