This website requires certain cookies to work and uses other cookies to help you have the best experience. By visiting this website, certain cookies have already been set, which you may delete and block. By closing this message or continuing to use our site, you agree to the use of cookies. Visit our updated privacy and cookie policy to learn more.
Home » Mitigating Price Increases of High GWP Refrigerants
Ammonia RefrigerationRefrigeration SystemsAll Process IndustriesFood Processing
Refrigeration Systems

Europe’s F-Gas regulations mandate phase-downs in the amount of HFC refrigerants available. The economics of supply and demand mean refrigerant prices are rising. Effective leak-detection systems can alert users to even small leaks of the increasingly expensive refrigerants.

Under the F-Gas regulations, January marked the start of a sharp phase-down in the amount of HFC refrigerant that will be available to the European Union market: a reduction to 63 percent of the 2015 baseline figure. This is a steep reduction from the 93 percent availability in 2017, and the refrigeration industry is feeling the effects. The latter half of 2017 saw, for example, the price of R404A increase by 700 percent. R404A, with a global-warming potential (GWP) of 3,922 tonnes equivalent carbon dioxide (CO2eq), is not alone in seeing these exceptional price increases. It is one of a group of gases — those with a GWP greater than 2,500 — that will be banned from use in stationary refrigeration equipment after 2020 (except in equipment designed to cool below -58°F [-50°C]). This list includes R507, R422A, R422D, R434A and R428A.

The rising prices are not, however, restricted to these gases. R134a, with a GWP of 1,430, also has seen increases in the region of 400 percent. This is a similar situation for many other commonly used refrigerants, including R407C and R410A.

With 2018’s reduction in HFC availability, prices are expected to continue to increase. Whilst some commentators have been vocal in their criticism that industry has not sufficiently prepared for the changes driven by F-Gas, the lower GWP refrigerants that can be used as replacements, including HFOs and HFO/HFC blends, do not carry the same comparatively low price tag that the industry was used to previously. Higher refrigerant prices are expected to become a global phenomenon as producers struggle to meet end-user requirements while staying within their production quota.

Leaking refrigerant becomes ever more expensive. It has been estimated that in many cases, the cost of refrigerant loss is now higher than the cost of a technician’s time to repair a leak. 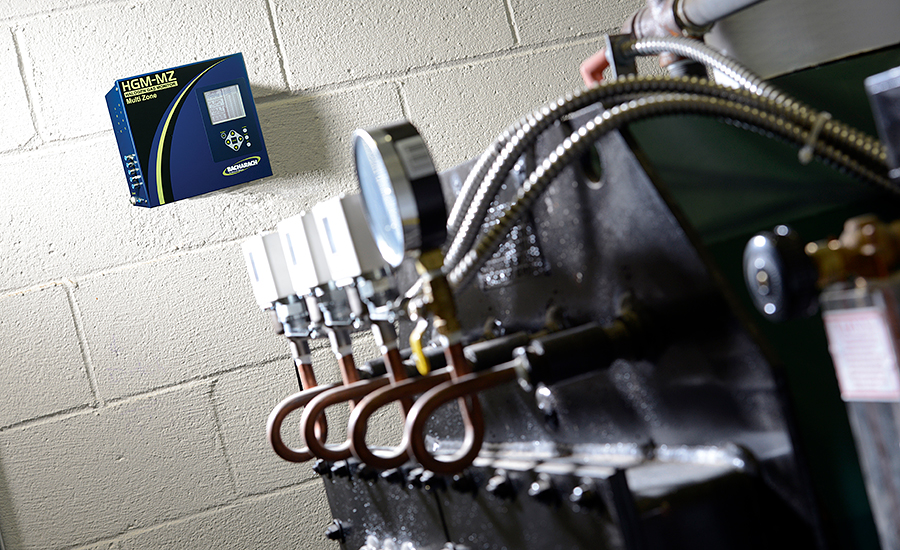 To make best use of a highly effective leak-detection system and mitigate the rising cost of refrigerant, it must be integrated with a system that is able to alert appropriate personnel to the leak event and initiate a repair procedure.

5 tonnes CO2eq. The regulations do not, however, provide any guidance as to the type of leak-detection systems that can be used nor their respective capabilities.

The goal of these standards is clear: ensuring the safe use of refrigerants, and the safety of personnel working with and around refrigeration systems. The ensuing requirements of EN 378:2016 are that the concentration at which a leak must be detected is relatively high for refrigerants of A1 safety classification, running upward of 15,000 parts per million (ppm) in many cases. By contrast, ASHRAE 15 determines a detection level of 1,000 ppm for many of these A1 refrigerants. Either way, in most refrigerated spaces or machinery rooms, reaching these levels would require a catastrophic leak of a large volume of refrigerant.

Monitoring refrigerant leakage at levels of 1,000 ppm (or higher) can, therefore, be viewed as an effective way to enhance the safe use of refrigerants. It does not provide a method for catching smaller refrigerant leaks, which nonetheless can result in a significant and increasingly expensive loss of refrigerant.

Given the growing cost of replacing and topping-up refrigerant, implementing a strategy to reduce refrigerant leak rates is coming more sharply into focus. This cannot be achieved by using detection systems looking for leaks in the region of 1,000 ppm as is often in place for refrigeration safety.

Low level leak detection is available and field proven. A number of manufacturers offer detection systems with a minimum detectable level in the region of 20 to 25 ppm. Fewer still have capability to measure refrigerant concentrations as low as 1 ppm. The benefits of successfully implementing a leak-detection system capable of such low level detection of refrigerant leaks is a central part of developing an effective refrigerant-management strategy designed to reduce leak rates.

The instruments capable of low level refrigerant detection are most typically aspirated systems. They use a pump to draw a sample from the point of detection back through a tube to a centralized monitoring location. This allows for cost-effective use of higher technology: normally, a precision sensor based on infrared-absorption measurement techniques. These systems have in the past been viewed as being cost prohibitive in comparison to the lower cost diffusion sensors used for refrigeration safety applications. The immediate benefits to be gained in reducing leak rates, based on the current price of refrigerants, can be seen to offer a good return on investment if effectively deployed.

Table 1 is demonstrative of a refrigerant leak in a machinery room or similar sized space with even diffusion of leaked gas into the space. As table 1 shows, a leak-detection system that is not capable of detecting levels lower than 25 ppm could not be guaranteed to detect this significant leak. At the same time, in a facility with such a leak, 150 kg of R404A would leak over the course of a year. In the current market, that equates to thousands of Euros in undetected lost refrigerant.

In reality, gas will not immediately diffuse to an even concentration within the space into which it has leaked. That will take some time. This demonstrates another important factor in detecting a leak: the placement and number of detection points.

Use of aspirated systems allows for multiple points of detection to be deployed in a space for limited additional cost. On large sites, with many zones to be monitored, this can be achieved by using splitter or spur kits on the end of each sample tube. In practice, this could allow, for example, four points of detection to be in place on one zone. Such a setup would allow these points to be placed at the locations in the system most likely to leak. This includes valves, joints, flanges and other parts of the system subject to the changing pressures and temperatures that can cause mechanical stress.

Further monitoring for leaks can be successfully deployed in areas that would not offer a reasonable possibility of detection if using instruments detecting at levels of approximately 1,000 ppm. In practice, this means that, for example, a supermarket store floor can be monitored for leaks from display cases and refrigerant pipework across the entire building. The ability to detect at sub-10 ppm levels — notably, this is mandated by the California Air Resources Board’s stringent Refrigerant Management Program — offers the opportunity to pick up small leaks even in large open spaces. This further enables leak-rate reduction strategies to be successful. Technology with this capability exists in both fixed-position and portable configurations, allowing permanent monitoring and fast location of these leaks. 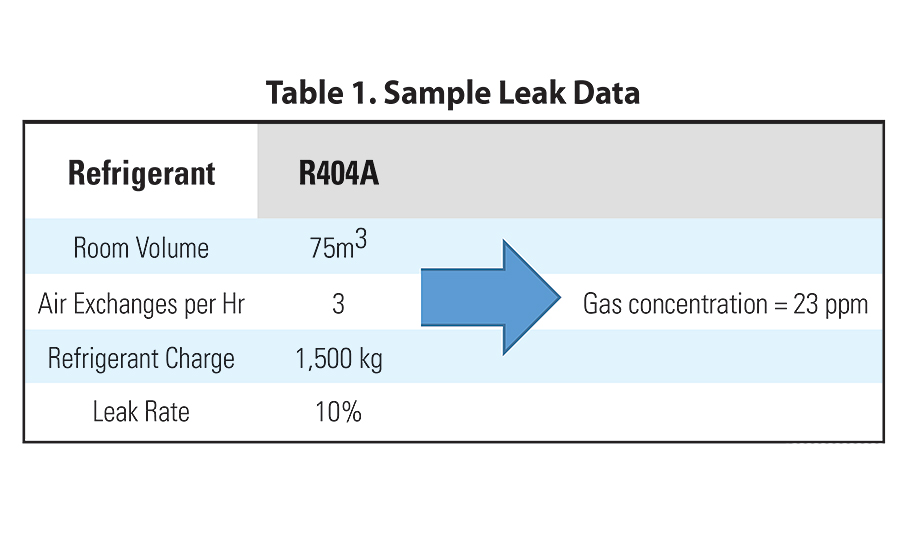 TABLE 1. Leak-detection systems that are not capable of detecting levels lower than 25 ppm may fail to alert users of significant refrigerant losses.

The return on investment from leak detection can now be measured in months, not years. In many instances, the detection and repair of a single small yet significant leak can pay back the investment in leak detection in a single hit. As important and valuable as it can be to detect a refrigerant leak before it becomes a larger, more expensive issue to resolve, doing so is of no use unless something is done to initiate action to repair the leak.

To make best use of a highly effective leak-detection system in order to mitigate the rising cost of refrigerant, it must be integrated with a system that is able to alert appropriate personnel to the leak event and initiate a repair procedure. This can be achieved through a building management/building automation system (BMS/ BAS). It also is increasingly being manifested through dedicated refrigerant-management software.

Such software solutions are able to offer additional benefits. By tracking each individual refrigeration asset, it is possible to see patterns and trends of which asset or type of equipment is typically the cause of most leak events. This data can in turn be used to drive a preventive maintenance program to help stop issues before they arise.

Tracking and recording refrigerant use per asset, and per site, is another powerful tool for reviewing refrigerant use across a multi-site enterprise. The data is a regulated reporting requirement. At the same time, it is useful in determining trends to initiate proactive leak-rate reduction measures.

It also should be noted that effective reduction of leak rates can have a strong impact upon the energy efficiency and effectiveness of a refrigeration system. This further contributes to cost savings. 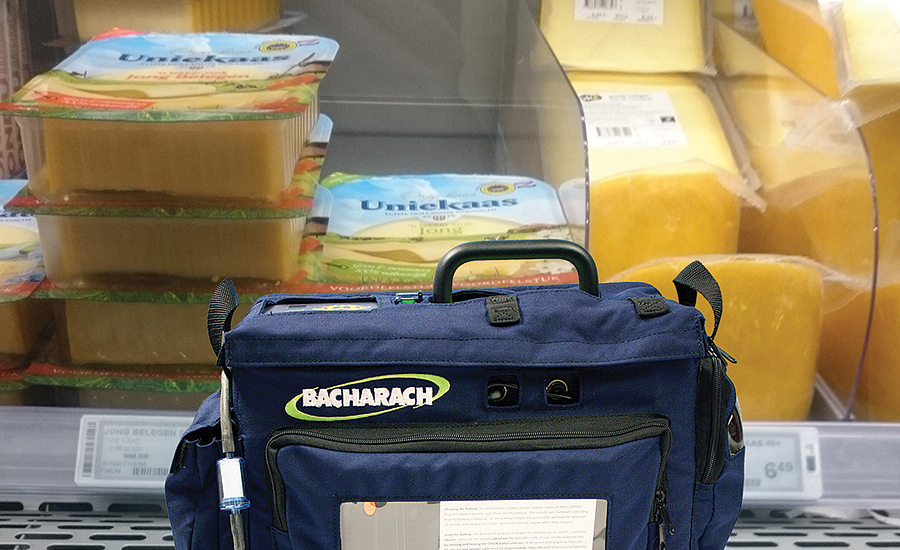 With some leak-detection systems, a supermarket store floor, for instance, can be monitored for leaks from display cases and refrigerant pipework across the entire building.

The rapid increase in refrigerant prices shows no signs of abating. Further phase-down of HFC availability is due through to 2030. As important and effective as they are and remain for refrigeration safety monitoring, many leak-detection systems offer no solution in the battle to mitigate these rising costs by reducing leak rates.

Solutions are readily available and field-proven to deliver leak detection with a short ROI period. These systems measure at a level that can be used to drive an effective refrigerant-management program, and they integrate with the systems and software needed to make effective use of the data gathered. Such an integrated solution can alert quickly in the event of a leak. The case for implementing these solutions is growing ever faster and not only from an environmental perspective. Escalating operational costs and expenses will further bring into focus attention on leak-rate reduction. PC

Mitigating the Impact of Cooling-Water Intake

Reducing the Environmental Footprint of your Refrigeration Systems and Chillers