Both thermocouples and RTDs are used in distillation and fractionation processes. Read on for a comparison between the two sensor types and advice on where to use each.

Temperature measurement is a common control parameter in distillation cooling and heating processes. Depending upon the application and process fluid, temperature control may be used for cooling distillate to condense high volatility products into liquid phase, or heating of process fluid to vaporize the high volatility components for easier separation.

In this article, I’ll explore how thermocouples and resistance temperature detectors (RTDs) compare in these and other applications, and describe some recent advances in sensor technology.

Distillate cooling typically is accomplished via several methods: fin-fan cooling, refrigeration or cooling towers. The first two methods are used to cool process vapors, causing them to condense into liquids that can be recirculated for additional processing. Cooling towers are used extensively in chemical processes to cool steam and heating water and recirculate the condensate to plant utilities or reboilers, where it can be reheated and used for many purposes.

Fin-fan cooling works by running process vapors through a tube bundle (figure 1). These bundles have fins around the outside, increasing the surface area of the tube and speeding the cooling process. Large fans are used to create airflow over the tubing. Fan speed is adjusted via a variable-speed motor to provide sufficient airflow to reach the desired cooling temperature while minimizing energy costs.

Thermocouple or RTD sensors measure the temperature of the process fluid. This temperature then is used as the PID process variable to control the speed of the fan motor via the variable-frequency drive. 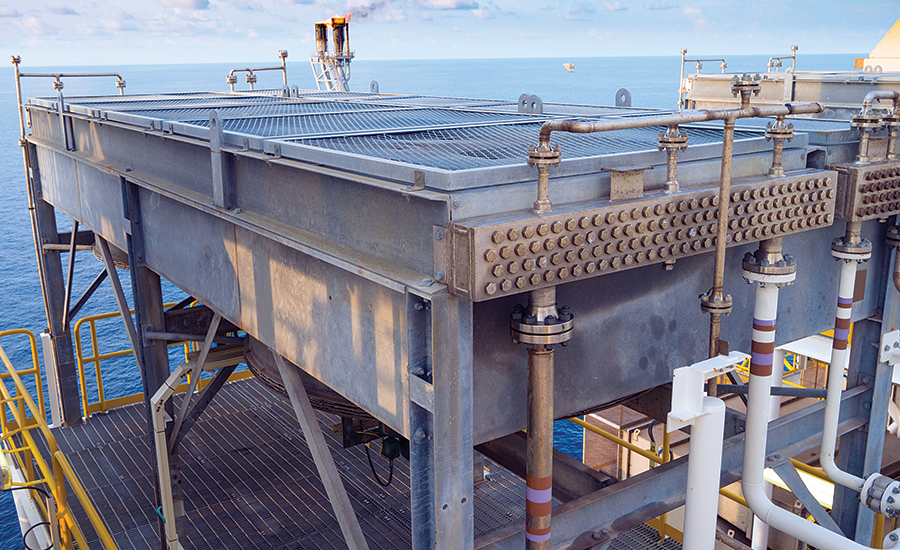 In the case of refrigerant cooling, temperature measurement is used to control the flow of coolant through the system. Thermocouple or RTD sensors monitor the temperature of the process fluid inside the area being cooled. The thermocouple outputs are used to adjust the fan speed to facilitate the condensation/expansion of the coolant to provide the required cooling. The sensor outputs also are used to regulate the control valves to limit the flow of coolant.

Cooling towers are air-cooled systems that work via direct heat transfer between air and the water being cooled. In cooling towers, air and water are brought into direct contact to reduce water temperature. As the temperature of the water drops, a small amount of it evaporates, reducing the temperature of the water being circulated through the tower. Water that has been heated by other processes is pumped to the cooling tower, where it first is sprayed through nozzles to create small droplets, exposing more of the surface area of the water for maximum air-water contact. Once cooled, the water can be sent to various parts of the plant. It can be used for plant utilities or sent to boilers to produce steam needed for processes such as distillation columns.

In cooling towers, thermocouples or RTD sensors monitor the temperature of the water being cooled. A controller adjusts fan speed to facilitate evaporation of the water droplets to speed the cooling process while ensuring electrical energy is not wasted by running the fan faster than required. Cooling towers are widely used in chemical processing because they require no special coolants and are relatively energy efficient.

Thermocouples and RTDs are interchangeable in most cooling systems. However, RTDs have become the de facto standard in most industrial cooling processes because of their more consistent repeatability.

In addition to cooling processes for distillates, heating processes are involved when handling distillates. Fractionating or distillation columns are used in chemical processes to separate mixtures into their component parts, or fractions. Fractions are based on differences in volatility (i.e., boiling point).

Distillation columns work by monitoring and controlling heating temperatures. Temperature varies vertically throughout the column, controlling the boiling point at specific heights within the column so fractions can be collected for additional processing. Process fluids inside the column are heated by process vapors coming from the reboiler. In many columns, steam jackets also are used to maintain the temperature profile within the vessel.

As with cooling systems, RTDs have become the de facto standard for distillation columns. However, thermocouples are used where temperatures exceed the allowable limits of RTD sensors (greater than 1,472°F [800°C]). 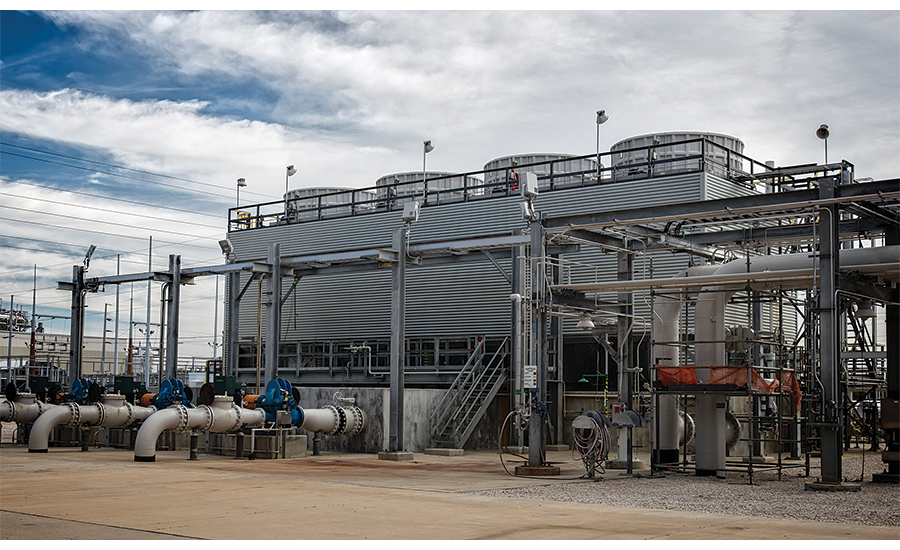 In cooling towers, thermocouples or RTD sensors monitor the temperature of the water being cooled. A controller adjusts fan speed to facilitate evaporation of the water droplets to speed the cooling process.

Thermocouples vs. RTDs for Distillation

Thermocouples and RTDs are the most common sensor types used in distillation and refining processes. In most cooling applications, there is little difference between the two; however, a few key differences can be relevant in certain applications.

Thermocouples. Thermocouples provide wide range-ability: a variety of sensor types are available to match to specific process conditions. Thermocouples can measure extremely hot and extremely cold temperatures. By contrast, RTDs work on the principle that, as a circuit is heated, the resistance across the circuit increases proportionally. While the response time of thermocouples compared to RTDs is relatively fast, response time differences between RTDs and thermocouples are irrelevant when the sensor is placed inside a thermowell. That is because response-time delays introduced by the thermowell are much larger than those due to RTD and thermocouple delays.

Thermocouples are relatively standard across manufacturers and must follow international standards. Any differences are usually manufacturer specific and are secondary to the sensor itself. An example might be using solid magnesium oxide (MgO) insulation rather than MgO powder.

With single-point thermowell systems, each measuring point requires its own thermowell and sensor as well as its own process connection on the column. The advantage to this approach is that process owners can work with standard designs from thermocouple manufacturers. This helps keep costs down and makes for quick delivery turnarounds. The disadvantage of this approach is that each process connection is a potential leak point. The risk of leaks grows incrementally with each additional measuring point added to the column.

Multipoint measuring systems allow for a large number of sensors to be located at precise locations within a column (figure 2). Only one process connection  is  required in most applications. The advantage to such a system is the reduction of potential leak points because there is only one process connection. The disadvantage of such a system is that they can be difficult to install in distillation columns due to the number of obstructions within the vessel. 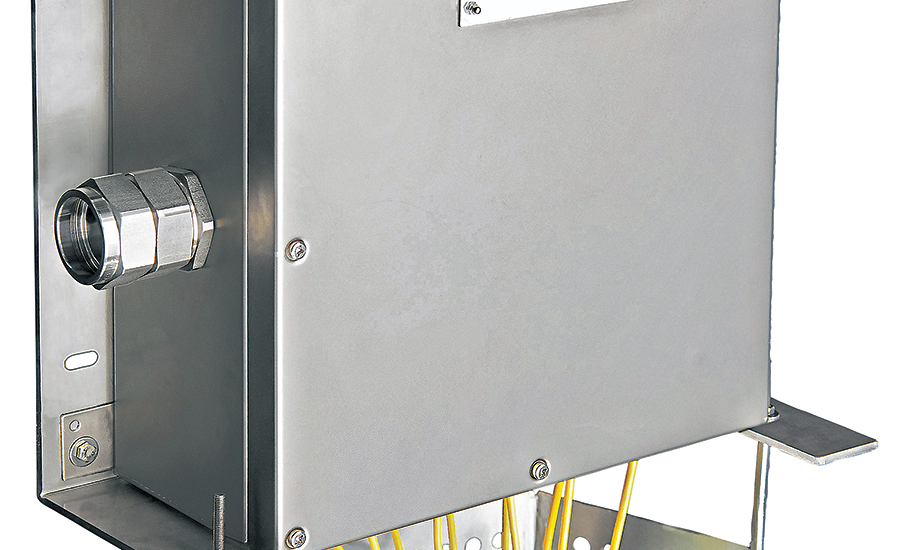 Figure 2. Multipoint measuring systems have multiple thermocouples that can extend as far as 100’ from the sensor head.

RTDs. While more limited in temperature range compared to thermocouples, RTDs offer much greater repeatability and accuracy. They are available in models with a fast response time.

Four-wire sensors offer a slightly better measurement accuracy than three-wire, but in most applications, the difference is not significant. In applications where dual sensors are needed for sensor backup, only three-wire sensors can be used. This is because basic RTDs consist of two wires. Both wires contribute to the overall resistance, so additional wires are needed to compensate the resistance of the wire from the resistance caused by heating of the sensor.

Three-wire RTDs have only one additional wire, which compensates by taking the average resistance of the two wires and assuming that resistance across each is the same. Four-wire RTDs have a dedicated compensation wire for each sensor wire, ensuring that the true resistance of each sensor wire is not included in the resistance measured by heating of the sensor. Three-wire RTDs also have the advantage of being able to be supplied as dual-sensor elements, providing a built-in hot backup in case the primary sensor fails.

Wire-wound sensors typically are selected for their slightly wider temperature range-ability than thin-film sensors and improved vibration resistance. If excessive vibration is present, it is best to choose a vibration-resistant RTD.

It also should be noted that the measurement accuracy of RTDs can be greatly improved when using a transmitter and determining the sensor-specific coefficients of an equation known as Callender Van Deusen (CVD). This is known as sensor-transmitter matching, and it can improve the accuracy of temperature measurement for applications where high accuracy is critical. The benefit of the CVD coefficients is that they are unique for each individual sensor. They can be updated easily in the transmitter without having to remove the transmitter for calibration with the sensor.

In conclusion, good temperature measurement and control practices are critical to efficient, safe and profitable operation of distillation and fractionation processes. Thermocouples and RTDs can be used interchangeably in cooling processes, but care must be taken at higher temperatures to select the right sensor.

In most cooling applications, there is little difference between the performance of thermocouples and RTDs. A few key differences, however, can be relevant in certain applications.

Ehren Kiker is product marketing manager for pressure and temperature products at Endress+Hauser, Houston, Texas. The company can be reached at 888-363-7377 or visit www.us.endress.com.

How to Achieve Desired Temperature Control in Process Cooling