With 80 cranberry bogs, Canneberges Bécancour is one of the most productive cranberry farms in North America. The farm, which was established in 1996, processes about a half-million pounds of cranberries per day during a typical harvest, which lasts four to six weeks in late fall. The producer is located on 450 acres in the Bois Franc region of Quebec, Canada, between Montreal and Quebec City.

Bob Hampson, one of Canneberges Bécancour’s founding partners, ventured into cranberry farming after selling his cold-storage business. Hampson’s family owned Merchant’s Cold Storage in Providence, R.I., and were the first to purchase a screw compressor in the United States, install a Frick RWB2 compressor in their facility’s machine room, and utilize an air-supported structure for the chilled storage area of their New Bedford, Mass.-based cold storage facility. Clearly, the Hampson family is not afraid to explore new technologies.

Although Hampson sold the cranberry business in 2009, Canneberges Bécancour — knowing Hampson’s expertise in both cranberry farming and cold storage — called on him about six years later for help developing a freezing facility that would support and complement the original 17,000-ft2 processing plant.

“Once harvested, cranberries need to be delivered over significant distances in a short time frame,” said Hampson. “Unfrozen cranberries that face long transit times can pose serious challenges and risks to the distributors. If the berries could be frozen at the site of harvest before they are shipped across North America, the logistics become much more manageable, and the risk is significantly reduced.” 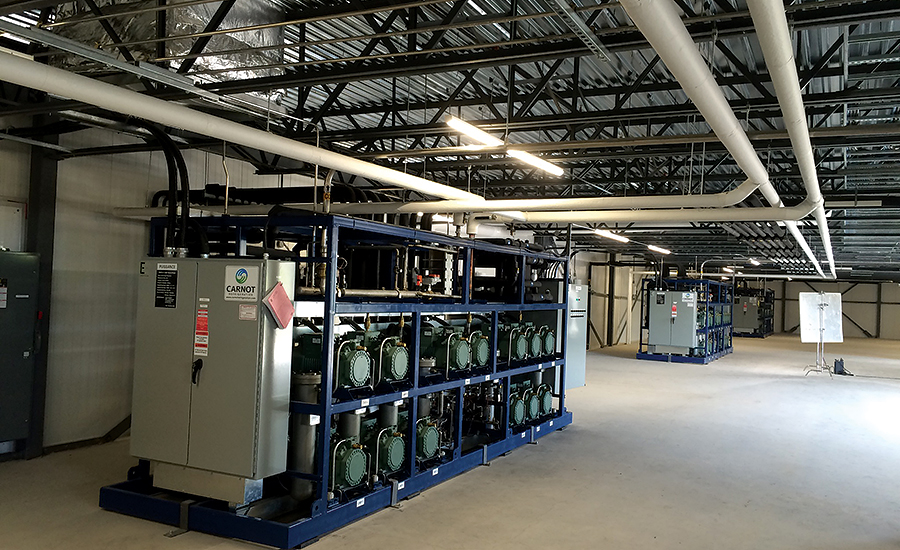 Hampson and Ducubber knew they needed to develop a refrigeration system took into account three considerations: 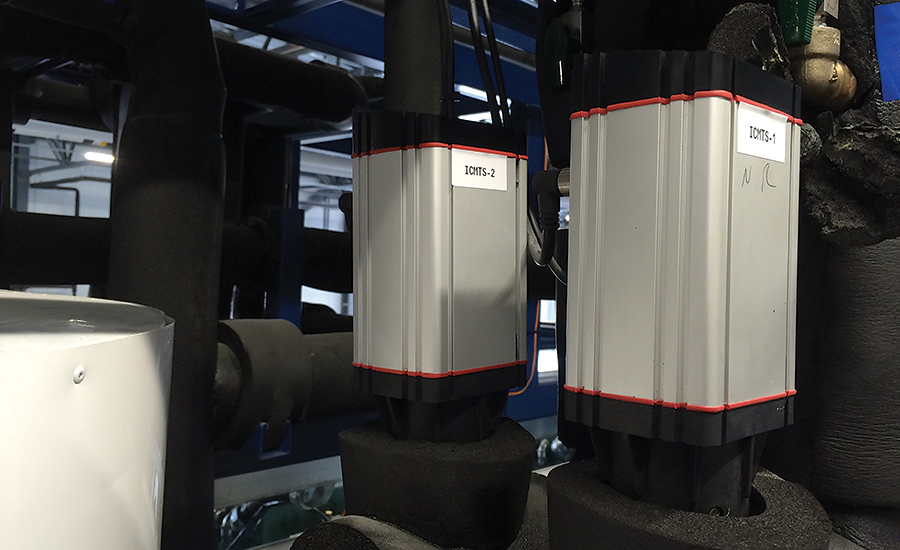 Based in nearby Trois Rivieres, Quebec, Carnot Refrigeration has deep roots in the food-retail industry. The company also has expanded and focus its expertise into small industrial refrigeration facilities as well as data center cooling.

The system requirements for the new plant at Canneberges Bécancour included:

With those parameters outlined, Carnot and Canneberges Bécancour worked to finalize the refrigeration system design.

Ultimately, with Carnot’s guidance, the team decided on a CO2 refrigeration system that would be operated in subcritical mode on most cooling days. It would operate in the supercritical mode only when necessary. The system design also would enable heat recovery for underfloor heating, space heating and process water.

“Transcritical CO2 has a well-established place in the food-retail industry,” said Marc-Andre Lesmerises, CEO of Carnot Refrigeration. “However, its extension to industrial applications has been limited — primarily due to a lack of knowledge, along with some old paradigms in the marketplace.”

The design approach was to use something akin to a rack system used in supermarket refrigeration. The rack system is factory built and delivered to the site as a freestanding, self-contained system.

“We have been using Danfoss valves in our systems from the beginning of our endeavor into transcritical CO2,” said Lesmerises. “Not only are the valves extremely reliable, but Danfoss has extensive expertise in both industrial and commercial refrigeration — as well as in using CO2. That has helped us to design and implement very successful and efficient systems.”

Carnot utilizes all high pressure components in its package: 120 bar (almost 1,800 psi) on the high side of the system, and 80 bar (nearly 1,200 psi) on the low side of the system. This eliminates the need for a backup or “stand-still” condensing unit in the event of power failure. Its RC Intelligent Recovery System allows the system to go beyond simple heat recovery by using the available energy for heating applications. In addition, each unit can be run as a convertible system — that is, the room can be changed from a cooler to a freezer or vice versa. 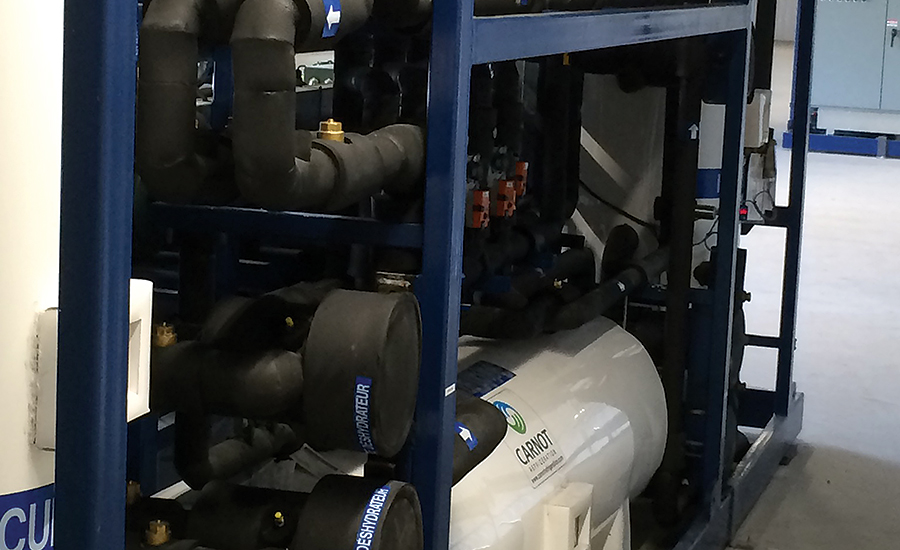 The rack system is factory built and delivered to the site as a freestanding, self-contained system.

While the system was installed and started up in 2015, the first real test would come nearly a year later during the first full cranberry harvest. Hampson, Decubber and Canneberges Bécancour were satisfied with the results. In fact, Canneberges Bécancour is expanding its plant. The addition will more than double production capacity to exceed 60 million pounds per harvest. The new phase will use a similar all-CO2 refrigeration system from Carnot Refrigeration.

“CO2 is as close to the perfect refrigerant as we can get with vapor compression systems,” Lesmerises concluded. “The future for CO2 and the transcritical approach in industrial facilities is very bright.” PC

Valve System Reduces the Energy Consumption of A Refrigeration System

Terry L. Chapp, P.E., is the national business development manager with Baltimore-based Danfoss. He previously served as regional sales manager with Danfoss Refrigeration & Air Conditioning. The manufacturer of industrial refrigeration technologies can be reached at 410-931-8250 or visit www.danfoss.us

Valve System Reduces the Energy Consumption of A Refrigeration System