Industrial processing factories require temperature control units (TCUs) for a wide range of purposes – from heating batches of tomato soup to extruding plastic pipe to maintaining a consistent temperature in active pharmaceutical ingredients (APIs). A common application for TCUs is warming injection molds at the start of the process and keeping them at a cooler setpoint during production. But plant operators face certain common problems with controlling process temperature – including drops in supply water pressure, costly and inefficient maintenance, slow or inaccurate heating or cooling, and difficulties with troubleshooting.

How a TCU Works

“To control the temperature of a process, a TCU takes in water from the plant’s water supply, boosts the pressure with a pump, heats it up, and sends it to the processor, such as a jacketed vat,” explains Timothy Hardie, Engineering Lead for TCUs at Sterling Co.

“In some cases a TCU will use cooling water to cool a process–for example to harden the molten plastic in injection molds,” Hardie said. “Often there'll be a process that involves heating something up, processing it, and then cooling it back down, so we can both heat and cool with the Sterlco® TCU.”

This pressurized water flows continuously through the heat exchanger system and back to the TCU, where it is re-heated. From there, it recirculates through the system. When cooling is required, a valve can be opened to drain out hot water, and allow more cold water to be pumped in from the water supply.

A temperature controller on the unit can be set to the desired water temperature, and then it will heat or cool as necessary to maintain that temperature. The TCU temperature setpoint controls the temperature in the vessel, but it typically must be adjusted to run slightly hotter than the vessel temperature, due to heat transfer losses.

In the closed, pressurized water system of a TCU, a significant drop in pressure from the supply can be catastrophic.

“A Pressure-Temperature curve defines the relationship between liquid water and steam,” Hardie said. “The higher the temperature, the more pressure is required in order to keep water in the liquid state versus turning into steam.”

This P-T curve becomes important, because unplanned changes in water pressure often occur in a plant.

“In some cases, fluctuations in pressure can happen if a customer runs on city water, which can be unreliable,” Hardie said. “Or the plant may run the TCU off a central pump, so if another unit is turned on, or if other equipment that demands the same water source is turned on at the same time, the pressure can drop out.”

But if the water pressure drops and the temperature shoots up to over 212 degrees Fahrenheit—the boiling point of water—it will flash to steam.

Because steam takes up more volume than liquid water, it can expand quickly and cause damage to the equipment.

Another problem is that the heaters in the unit are designed for liquid water, which can absorb and remove heat energy very quickly in comparison with steam.

“If steam is allowed to form, it can't take the heat away fast enough, so the TCU heaters could burn up,” according to Hardie. “To prevent that from happening, we need to make sure there’s enough pressure in the system to keep the water in liquid form.”

The standard way of achieving this in a TCU is with a pressure sensor, which can detect the point where the supply water pressure drops too low for the temperature, and then automatically switch the unit off before any damage occurs to the TCU.

“For example, if a batch processor is in the middle of a cycle and the pressure drops out, then the TCU would automatically turn off, which would shut off any heating or cooling to the process, and potentially destroy the batch,” said Hardie. 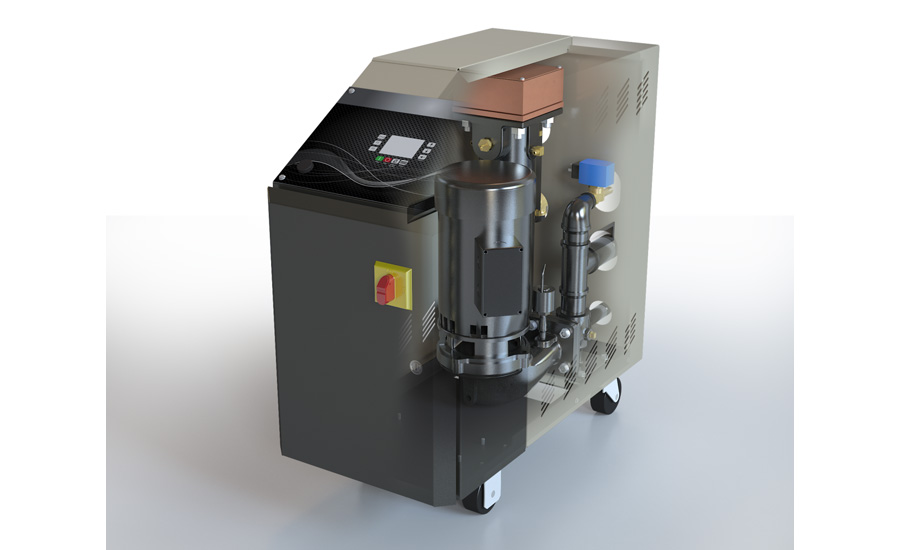 “For the TC130, we added a patent pending pressure transducer that can intelligently adapt the process temperature to the pressure available to the unit,” Hardie said.

“Basically it uses the P-T curve with a small safety factor to decide whether there’s enough water pressure available to handle the current temperature of the unit, instead of just setting a switch for the worst case scenario, which would shut off and kill the batch,” he said.

"If the processing equipment is running and they turn on something else at the plant that causes a pressure drop, instead of turning everything off, the unit will just throttle back its temperature setting to make sure the whole system stays within the safe zone,” Hardie said.

“Even if that is lower than the full rating, you can continue to operate the system, instead of having a unit that's dead in the water because they can't quite get to that pressure requirement,” he said. “Then when the pressure comes back up, the TCU will automatically go back to the previous set point.” 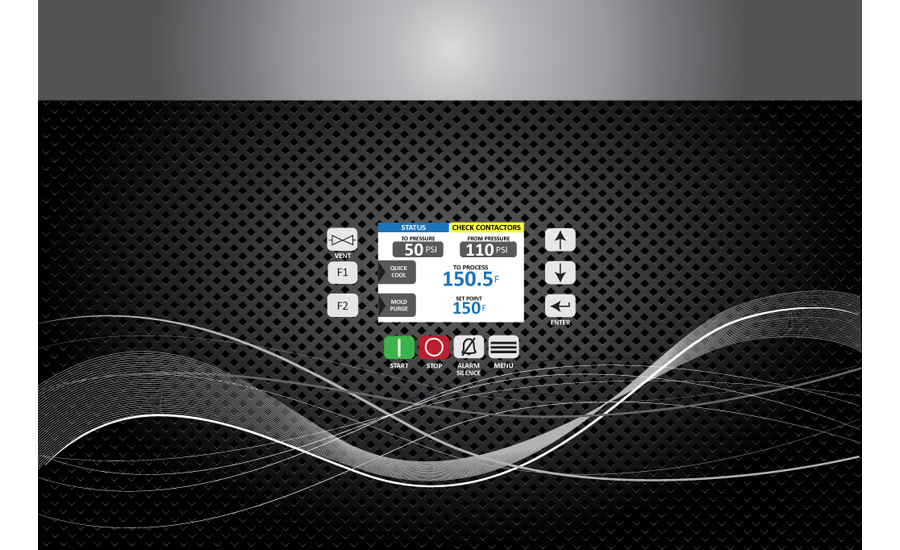 The TCU130 advanced M5 controller can intelligently predict when a contactor is nearing end-of-life and provide a yellow warning notification for operators to prevent unplanned downtime.

All TCUs rely on an electrical contactor—a large relay for turning the heaters on and off—as a means to control water temperature.

“If you don't replace the contactor in time and you let it wear out, it will weld shut—and then it can overheat and potentially destroy the unit or damage your process.” Hardie said.

The advanced M5 controller in the TC 130 intelligently predicts when a contactor is going to fail, and warns the operator to change it out before that occurs.

“We know from experience with the type of loads we run and the size of the contactors that they're going to wear out after a certain number of cycles—and so we set the life-cycle indicator to go off just before that happens—the unit doesn’t stop dead in its tracks, but it lets you know you need to address that,” Hardie said.

This type of built-in intelligence makes a more efficient maintenance process—saving money and unnecessary downtime, while avoiding an overheating disaster. 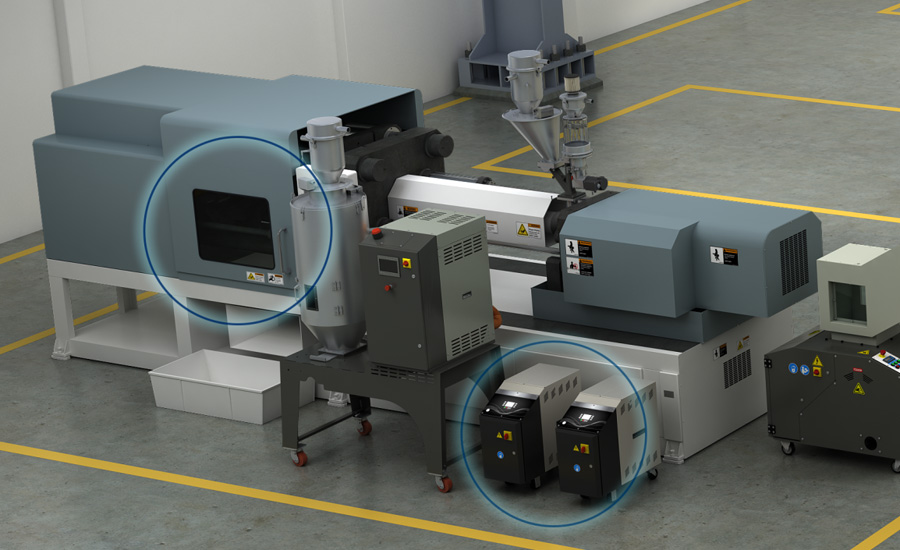 Cascade Controls allow for more precise temperature control, by incorporating the ability to control off-of-process temperature, not the TCU setpoint.

“Normally we have two temperature sensors in the TCU—one for the water leaving the unit going to the process vessel and one coming back into the unit from the vessel,” Hardie said. “That way we can see how much heat the process is using, and the unit can ramp up or down on heating or cooling depending on how close those temperatures are to each other.”

This indirect approach to temperature control is relatively slow, and makes it difficult to set the exact temperature of the process material—which may be critical to the operation. With advanced Cascade Control technology, now standard on the TC130, users can overdrive the unit to rapidly reach the desired temperature, with the help of a third temperature probe running directly into the process vat or mold.

“Say there’s a process that we're trying to get up to 250 degrees Fahrenheit,” Hardie said. “Instead of having the TCU heat up to 250 degrees, and then waiting to see where to dial that in more accurately so that the process itself gets to 250 degrees, with Cascade Control, the unit can control off the actual process temperature, going as high or low as it needs to get there as fast as it can.”

After the process reaches the desired temperature, the operator has the option to choose which sensor setpoint to use.

“If they don't care about the TCU temperature, and just want to make sure their process remains at a certain temperature, they can control directly off of that 3rd temperature probe—and then the TCU will follow,” Hardie said. 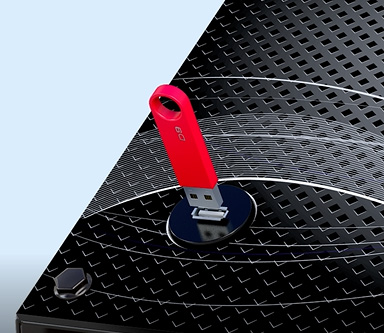 The TC130 includes a standard USB outlet for data logging and troubleshooting.

“Anytime there's an issue, the display screen gives you a colored warning or a caution,” Hardie said. “So if a component is failing or not responding like it should, a red warning will pop up and let you know that your probe isn't working or there's a problem with the pump–whatever the issue.”

A built-in standard USB outlet allows operators to collect data on a removable thumb drive to capture key information about the machine’s performance.

“We can log every time there's an event, such as a set point change, and record temperatures and pressures over time for improved troubleshooting,” Hardie said.

“An operator can quick-load all the controller settings or parameters on a flash drive, so if a customer has a unit set up the way they like, they can save the parameters, and quickly transfer them to a brand new unit to set it up the same way,” he said. 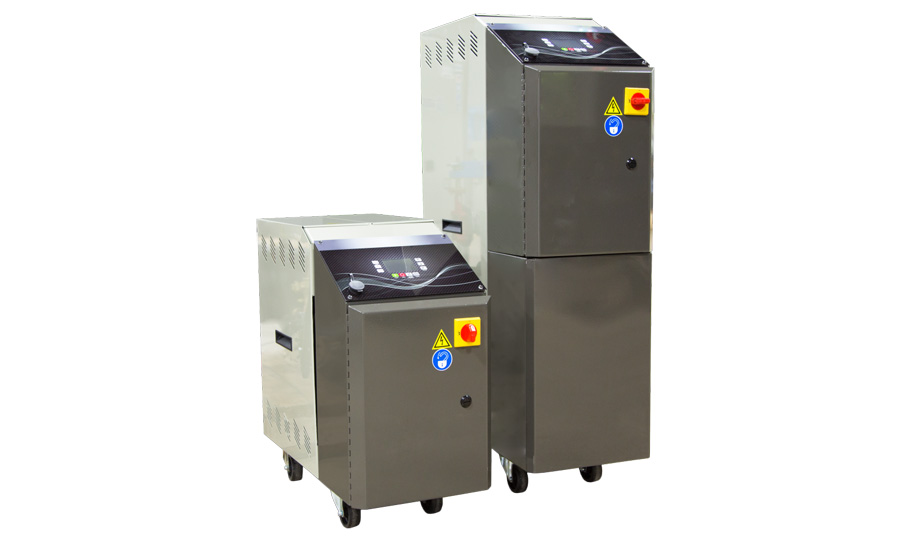 The TC130 family includes the TC131 upright configuration, which offers an ergonomic design and allows for higher heating capacities & pump sizes with the same controls.

All of these advances add up to increased longevity and reliability of the TCU—and of the processor. If your operators face reliability issues in maintaining a precise process temperature, or if you need to improve equipment uptime, while reducing maintenance costs, the technology advances of the Sterlco® TC130 and TC131 can help you achieve improved process performance.

For decades, Sterlco equipment has provided dependable temperature control backed with expert technical support, providing you with peace of mind when it comes to your facility.

Contact your Sterling representative or visit www.Sterlco.com for more information. 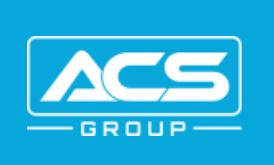