5 Considerations When Choosing a Chiller for 3D Printing

The use of additive manufacturing — also known as 3D printing — continues to grow significantly. Expanding from the printing of tooling, fixtures and prototypes into the full production of robust, reliable products used throughout many industries, 3D printing has moved well beyond simply printing uncomplicated plastic parts.

In addition, additive printing technologies present possibilities that previously may not have been possible with traditional manufacturing methods (figure 1). For example, using 3D printing, heat exchangers with almost any geometry are possible. The only limitations are the strength of the materials of construction, and the application requirements.

Moreover, new equipment is constantly in development for larger parts and new materials, especially within the realm of metal printing (figure 2). The evolution of this technology requires higher powered lasers, and with it, higher liquid cooling and other thermal management needs.

A recirculating chiller is commonly used to provide liquid cooling to the lasers found in many 3D printers, especially direct-metal laser sintering (DMLS) machines. Recirculating chillers use a pump to circulate the fluid to the 3D printer and a refrigeration system in the chiller to provide cooling. It is important to pair an appropriate cooling system with a 3D printer to ensure that both systems function properly and reliably for many years. This article will discuss five key factors to consider when selecting a cooling system to protect your significant investment in a 3D printer.

The first factor to consider is how much cooling capacity is required, which is specified in kilowatts (kW) or BTU/hr. The heat load used for the calculations should include the heat produced by the laser as well as account for heat loads from other sources such as the environment. Recirculating chillers sized to handle heat loads ranging from 600 to 5,000 W are used for most 3D printing applications, but higher capacities are available if required. 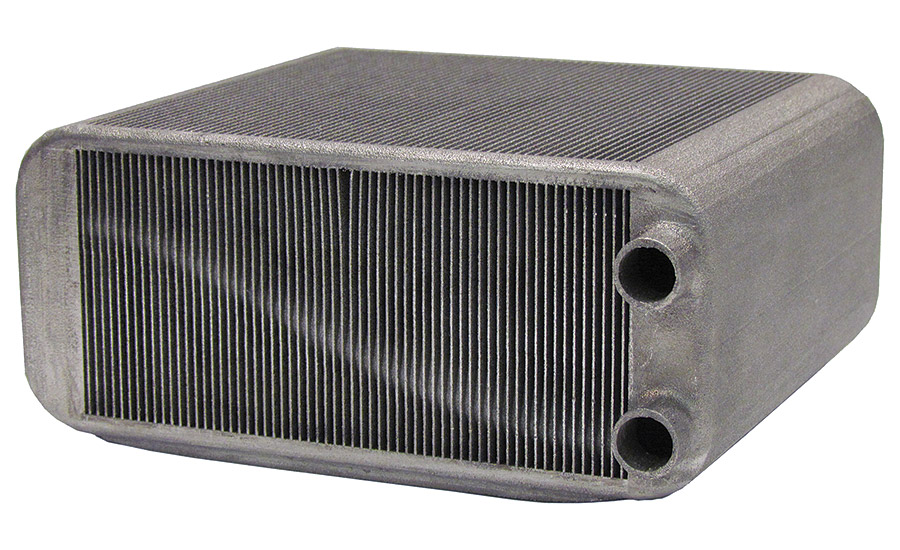 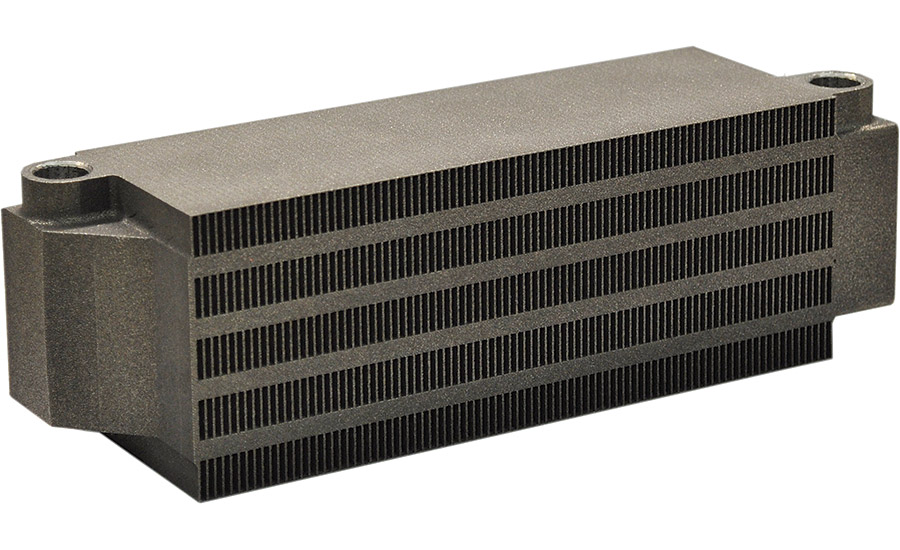 FIGURE 1. Modern 3D printing technologies and processes open possibilities previously limited by traditional manufacturing methods. For example, 3D printed heat exchangers such as those shown can be made with nearly any geometry desired.

The second factor to consider is whether to reject the heat into the air or into a facility water or liquid source.

Most users prefer to reject the excess heat from the 3D printer’s laser into the ambient air using an air-cooled chiller. A significant advantage is that such a system does not need a facility water source and the necessary plumbing. The disadvantage is that the building HVAC system must have enough capacity to remove the heat rejected by the chiller into the room. The amount of rejected heat will be more than just the cooling capacity of the chiller; in fact, it will be as much as two times that amount. For an air-cooled chiller, electrical energy is converted to heat, and this must be added to the heat load from the 3D printer.

Once a chiller is selected, the heat load generated by the chiller can be estimated using the following formula. (Note that the amperage can be obtained from the chiller manufacturer.) 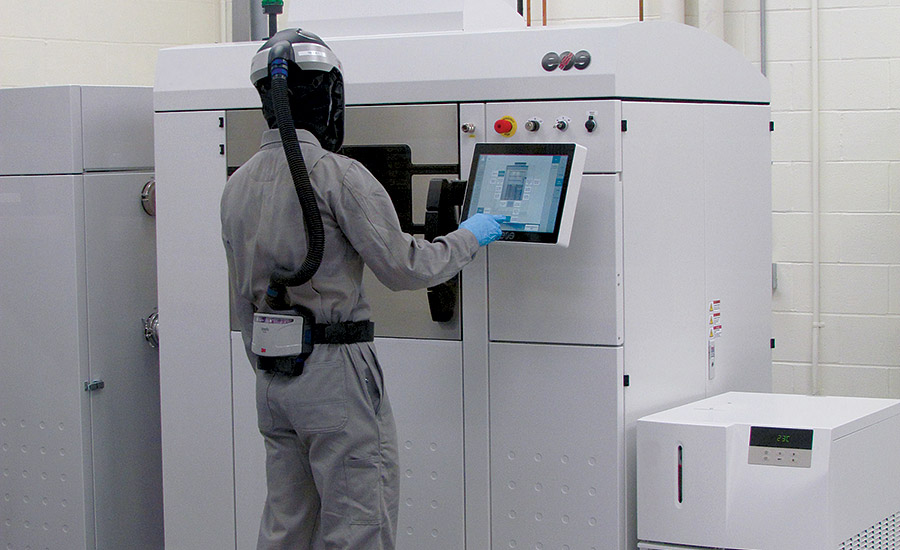 FIGURE 2. Developments in additive manufacturing continue to evolve, allowing for larger parts and new materials, especially within the realm of metal printing. The evolution of this technology requires higher powered lasers, and with it, higher liquid cooling and other thermal management needs. Using a recirculating chiller to cool a metal 3D printer will become a more common application.

Another disadvantage of an air-cooled system is that the cooling capacity is impacted by ambient temperature as described previously. You have to ensure that the chiller has the needed capacity at the worst-case ambient conditions.

For a water-cooled chiller, the heat load from the 3D printer is removed from the condenser through a facility water source. There are two advantages to this approach. The first is that the cooling capacity is not dependent upon the ambient temperature. The second is that significantly less heat is put into the room where the chiller is installed. Heat from the pump and compressor are rejected into the facility water, and only the remaining heat generated by the chiller is released into the room. The major disadvantage is the need to have a cooling water source and the necessary plumbing. 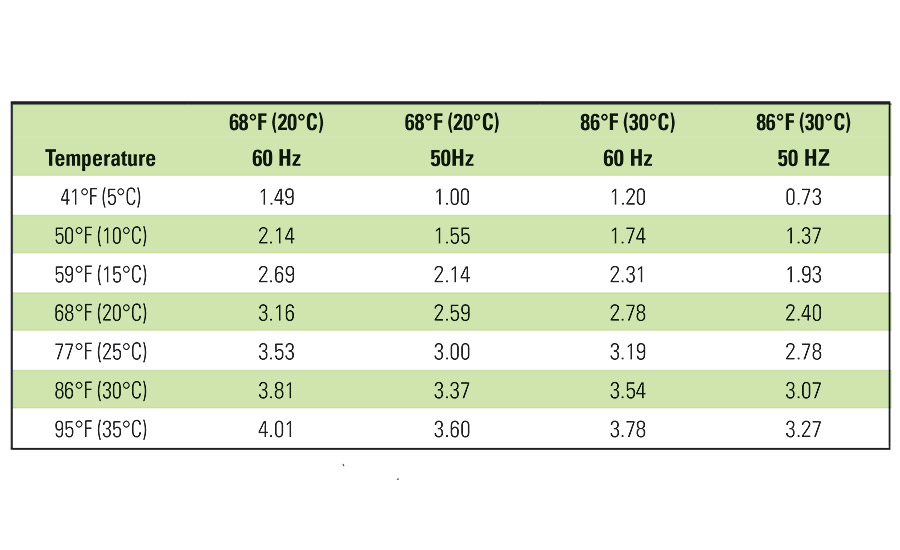 FIGURE 3. The sample cooling capacity curves, shown for a typical chiller, demonstrate the impact of factors such as output temperature, electrical configuration and ambient temperature.

The third factor to consider in specifying a recirculating chiller relates to the recirculating fluid. Three essentials to address include: 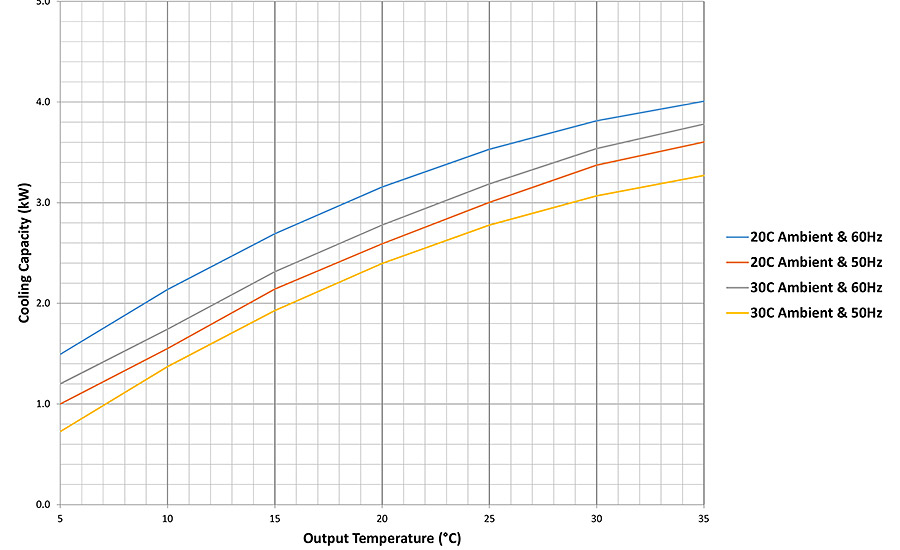 FIGURE 4. The typical relationship between pressure drop vs. flow rate is shown. Though the shape of the curve may vary, the relationship remains the same.

Lasers in 3D printers typically utilize clean water (with or without additives for corrosion and biocide), deionized water or a water/glycol mixture. It is important to ensure that the wetted materials in the 3D printer, plumbing and chiller are compatible with the selected fluid.

Once a compatible fluid is in place, it is also important to complete regular preventive maintenance activities such as checking the fluid quality. Contaminants, biological growth and changing glycol concentrations over time will cause loss of performance and potentially lead to damage to parts such as the pump. A particle filter is recommended to remove any contaminants that may enter the system.

The flow rate of the fluid is important to ensure proper removal of heat from the laser. Too low of a flow rate will not allow the fluid to capture enough heat to be removed by the chiller. It is highly recommended to add an internal or external flow valve option to the chiller configuration. This will allow the operator to control the flow rate to the application.

The fourth factor to consider is the electrical configuration of the chiller. The chiller should be rated to operate in the location where it will be installed, and it should be connected to the correct power source.

The first step is to identify whether the chiller needs to operate in locations with 50 Hz or 60 Hz power, or both. The second step is to identify the voltages to the power source being used. Common electrical configurations are single-phase 115 V at 60 Hz and single-phase 208 to 230 V at 60 Hz. The last step is to verify that the power source is adequately sized. Common sources are rated for and have circuit breakers for 15, 20 and 30 A service.

The final key factor is to determine whether the chiller needs to communicate with the 3D printer.

Electronic devices are becoming increasingly integrated to create smart devices. It is common for the cooling system to be connected to the 3D printer and communicate items such as actual fluid temperature, fluid temperature setpoint and status (alarms/faults). If the 3D printer has the ability to communicate with the chiller, the communication protocol must be considered. Common protocols are dry contacts, RS232, RS485 and Ethernet communications.

In conclusion, taking into account these key points may seem like a lot of information to weigh when selecting a recirculating chiller for an additive manufacturing application. Weighing these points during the specification process can help guide you in selecting the most appropriate recirculating chiller configuration for your application. Properly determining these requirements will help your 3D printer operate reliably over time and protect your investment. Armed with this information, chiller suppliers can help you through the entire selection process to ensure you have the right product for your application. PC

Jeff Henning is a systems engineering manager with Aavid, Thermal Division of Boyd Corp. The Pleasanton, Calif.-based company can be reached at 888-244-6931 or visit www.boydcorp.com.