While effective for cooling industrial processes, the equipment requires regular maintenance and can be responsible for lost production from unplanned cooling tower downtime. Increasing energy costs and environmental and health concerns — namely Legionella, the bacteria that causes Legionnaires’ disease — also must be taken into account.

These issues become exacerbated when the growing dependence on cooling towers is factored in. Many heavy industrial applications, including oil and gas, chemical, plastics, food and beverage and pulp and paper, are increasingly adopting cooling towers on place of other equipment with high electricity consumption.

For these reasons and others, industries that rely on process cooling are taking a closer look at advancements in cooling tower technology. One emerging trend is the transition from metal-clad towers to that of engineered plastic. High density polyethylene (HDPE) towers provide users with a durable tower that requires less maintenance and faster installation.

Some recent designs incorporate antimicrobial properties into the resins. This offers the ability to reduce or even eliminate the threat of outbreaks from Legionnaires’ disease, which often originates in cooling towers. In addition, these HDPE cooling towers often require less water treatment and improve water conservation, making them an environmentally friendly choice. Finally, included among the benefits are energy savings due largely to variable-frequency drive (VFD) motors. 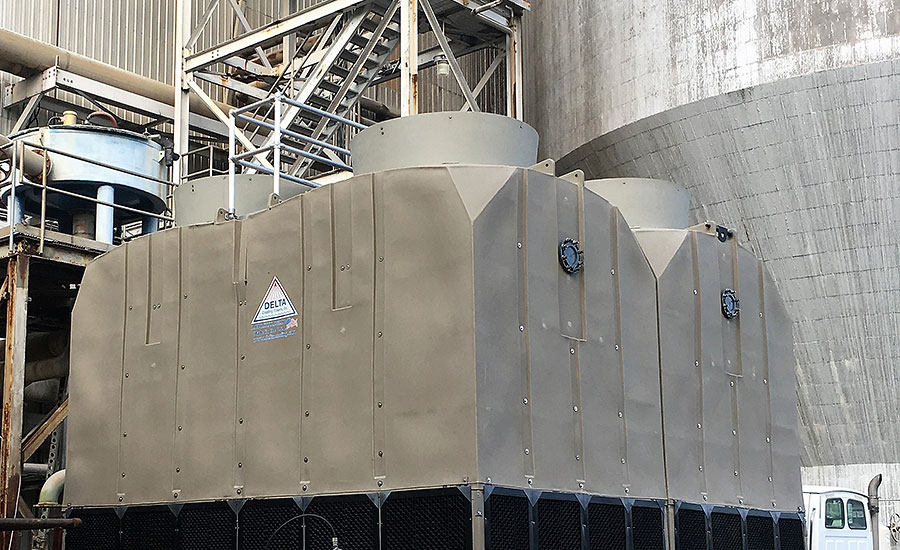 Ted Alan, founder of Industro Systems Inc., Ventura, Calif., is a proponent of the transition from metal-clad towers to those constructed of HDPE. Alan and his company have installed more than 100 HDPE-based cooling tower systems since he first began using them in 1981. His first experience with the plastic cooling towers was while running a water-treatment chemical business in southern California, where he was responsible for servicing a growing fleet of cooling towers. The HDPE cooling towers had only been introduced to the market a few years earlier, making Alan became an early adopter of the then-new technology.

Most of his customer base was sitting near the Pacific Ocean. “Not only did the HDPE towers respond perfectly with our water treatment chemicals, but they were completely unaffected by environmental factors like salt air from the ocean or all the corrosive elements found at industrial sites,” Alan says.

Initially, the biggest obstacle for Alan was convincing his customers that plastic could be even more durable than metal. This led Alan to a novel way of demonstrating just how tough engineered plastic could be. Upon each visit with a prospective customer, Alan would bring along an ax and a small piece of the plastic shell from a tower. If someone was skeptical at first, he says, “I would hand them the ax and let them take a few whacks.” While more than a few of his customers took him up on the challenge, not a single one was able to break through. 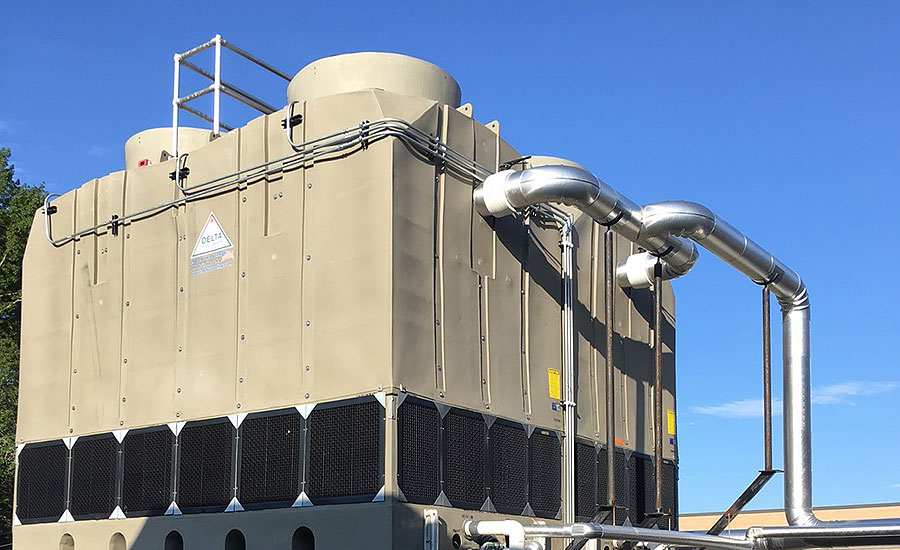 Many industries whose processes rely on effective process cooling are taking an in-depth look at advancements in cooling tower technology and considering whether it makes sense to transition from metal-clad towers to those constructed of engineered plastic.

One of the fastest growing concerns for cooling tower users is the health threats that may originate in cooling towers, including Legionella, biofilms and other pathogens. Plastic cooling towers are finding wider use due to their ability to incoporoate antimicrobial properties.

According to the Centers for Disease Control and Prevention (CDC), cooling towers are potential breeding grounds for Legionella even when they are disinfected and properly maintained. In a recent study from the agency involving 196 cooling towers nationwide, 84 percent contained Legionella DNA, indicating that the bacteria that causes a severe, even fatal, type of pneumonia was present or had been at some point.

Other potential health threats include biofilm formations. Biofilms consist of a matrix of DNA, proteins and carbohydrates that form a protective enclosure around bacteria, thus preventing biocide treatment from reaching the bacteria. The bacteria in a biofilm are 10 to 1,000 times more resistant to treatment than in their non-biofilm forms. 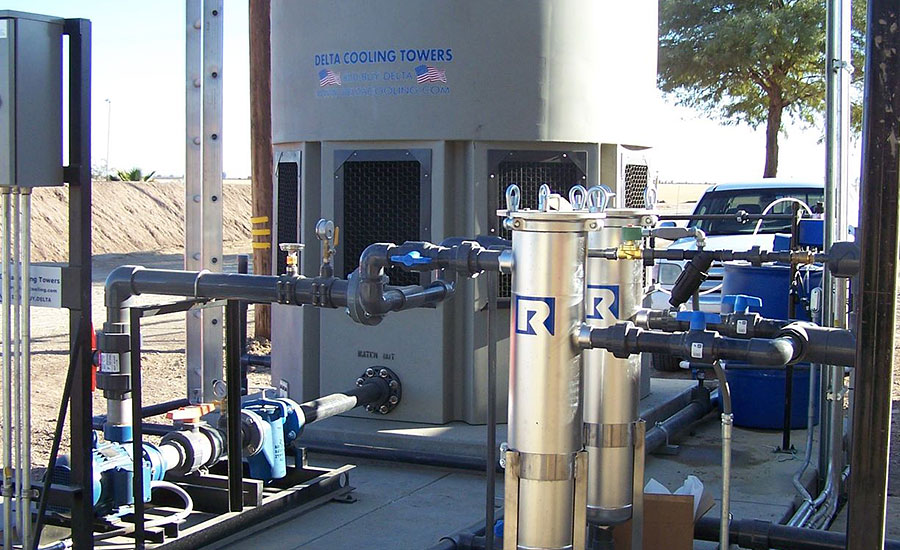 Some HDPE cooling tower designs incorporate antimicrobial properties into the resins. This allows them to greatly reduce or even eliminate the threat of outbreaks from Legionnaires’ disease, which can originate in cooling towers.

As with the avoidance of Legionella, minimizing the risks of biofilm requires the use of aggressive chemical water treatments that can compromise the integrity of metal cooling tower shells. Unlike metal, plastic can be manufactured with special antimicrobial resins that are fully compounded into the base cooling tower structural material as well as the casing, fill and drift eliminator. The specially engineered antimicrobial HDPE is impervious to the caustic effects of such treatments. When coupled with consistent water treatment, this effectively eliminates microbial growth.

In conclusion, in the past, HDPE cooling towers could not handle the capacity for many large industrial processes, making multi-cell field-erected metal towers virtually the only option for applications above 250 tons. Today, however, manufacturers offering engineered plastic cooling towers have introduced modular options that can be connected together to meet the requirements of even the largest operators. As an added benefit, with the modular cooling towers, if a processor needs to expand cooling capacity, they need only add modules. This allows increasing the cooling capacity as the facility’s needs increase. PC