On a busy day not long ago in an Atlanta food processing plant, workers bustled, producing breaded products like onion rings and fish sticks. Excitement was in the air. Unfortunately, flour dust was also in the air. While workers found ways to deal with it on their clothes, the equipment was another story.

At the plant, an air conditioner was tasked with controlling the temperature inside an electronic enclosure. It was particularly prone to problems due to the flour particulate. The fine dust plugged the AC filter, reducing cooling capacity and causing temperatures inside the panel to rise. Ultimately, this would shut down the equipment.

Chuck Cohran of Max Imaging and Electrical, the electrical contracting firm that services the plant’s automation needs, knew there had to be a better solution. He just did not think it would be simple.

Even in the winter, temperatures inside the food processing plant generally hover around 80°F (27°C). Due to the effects of the heat, flour and dust, one electrical panel, which houses three 7.5 KW drives, was creating issues with the process equipment.

The panel contains variable-frequency drives (VFDs) along with electronic components such as relays and switches. All of the components generate large amounts of heat.

An air conditioner mounted on the control panel was meant to keep the electronics within operating range, but flour and ambient dust routinely clogged the air filter. This created a rise in the head pressure, which eventually shut down the compressor. When the air conditioner failed, the main was tripped, shutting down the whole system. 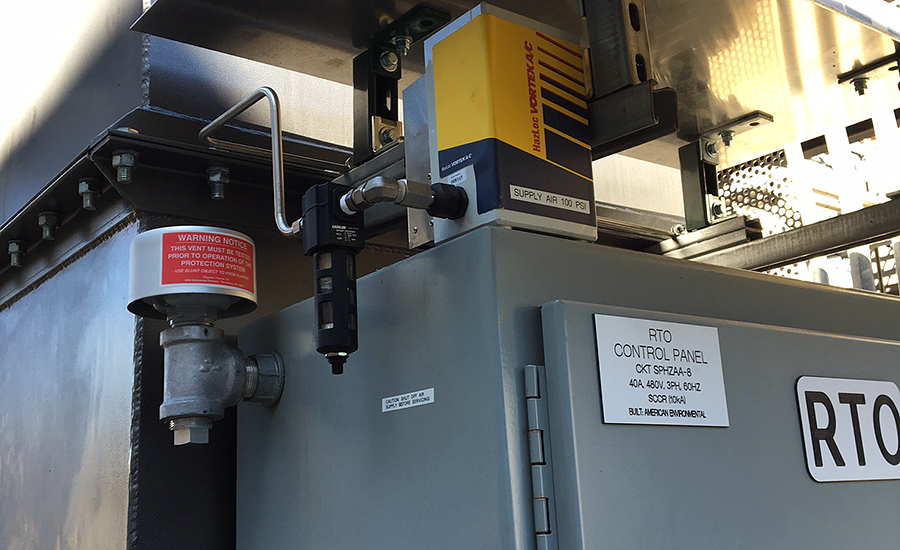 Ambient conditions play a role in the success of cabinet coolers. An oilfield installation in the desert region of the Southwest uses hazardous-location vortex-tube technology to cool externally located panels. In this installation, shielding the panels from direct sunlight helped the performance of the coolers. 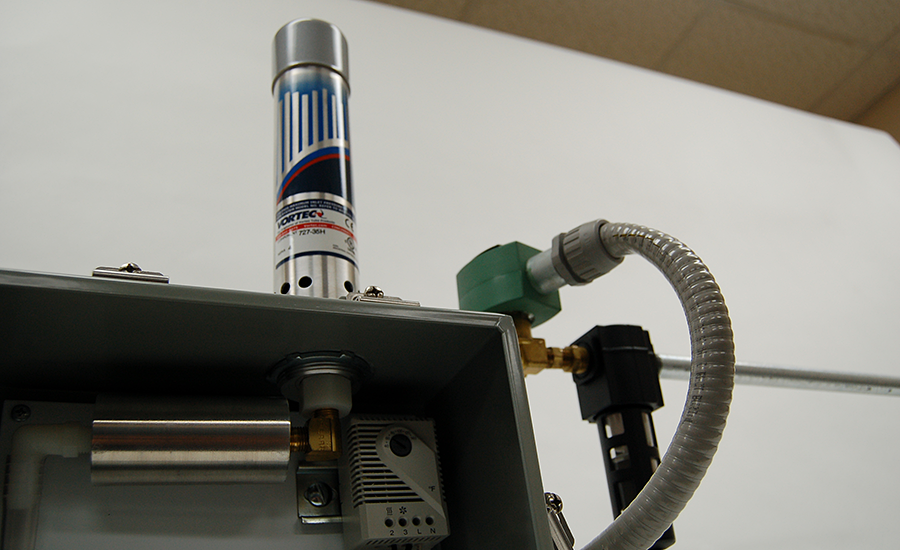 The enclosure coolers use a vortex tube to convert a filtered, compressed air supply into refrigerated air.

Even short of a system-wide failure, increased panel temperatures contributed to other problems:

These problems and others led to unplanned production downtime. The cabinet’s small size and inaccessibility complicated bringing the system back online.

To keep the plant online, Cohran needed a solution to keep the panel from failing. He learned about vortex coolers and ordered two. 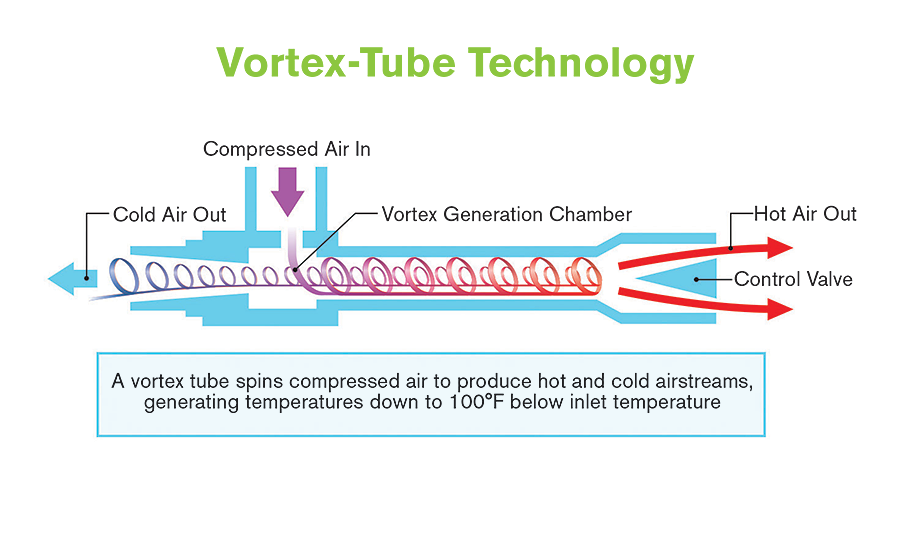 FIGURE 1. Vortex coolers do not have any moving parts, so the systems have low maintenance requirements.

Having performed excessive maintenance on the air-conditioning units, Cohran appreciated the simplicity of the vortex cooler design. It did not have moving parts that could wear out and only required a compressed air line hookup. The enclosure coolers offered a simple solution that required minimal maintenance, according to Cohran.

The electrical contractor installed the two vortex coolers in early 2018. Since then, temperatures in the enclosure have been steady, and overheated components and thermal shutdowns have not occurred. The coolers are controlled thermostatically to maintain enclosure temperatures within the range suggested by the VFD manufacturer, Allen-Bradley.

The small footprint of the coolers, coupled with minimal wiring, simplified installation. Cohran drilled holes in the top of the cabinets, dropped in the coolers and ran the cold-air ducting kits around the inside of the cabinets. The ducting kit tubes were drilled with port holes, providing 360° dispersed cooling. As supplied from the manufacturer, Cohran had enough ducting kit to run behind a backplate, to which the drives were mounted, and again through the Panduit, ensuring the enclosure was sufficiently cooled.

“If you have compressed air, you can use the vortex coolers,” Cohran said. “There is no contest in terms of price and reliability — the installation alone saves time, money and electrical loading.”

Installing the coolers and a water separator was simpler than running electrical service from the nearest panel, Cochran noted. He estimated that it saved the food processor close to $800 in installation costs alone, given the proximity to the nearest electrical panel. 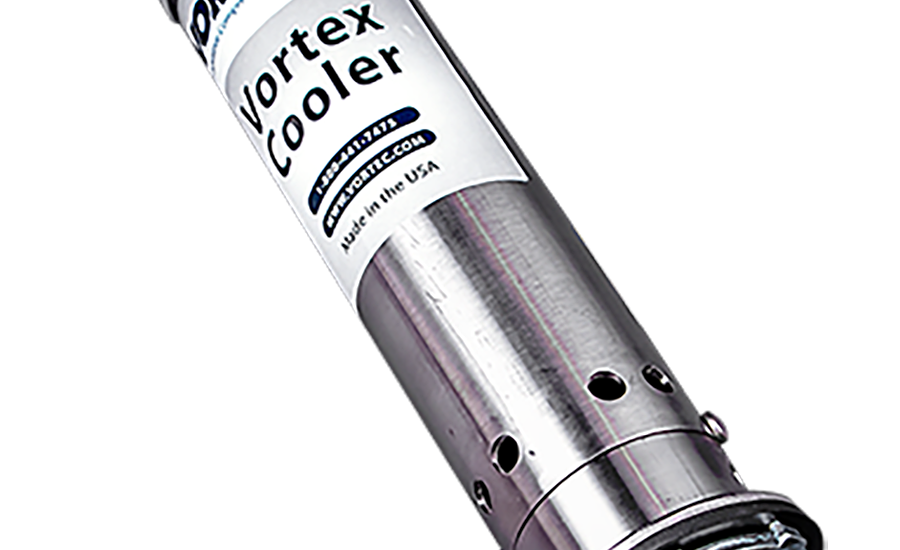 The vortex-tube technology creates cold and hot air by forcing compressed air through a generation chamber, which spins the air centrifugally along the inner walls of the tube at a high rate of speed (1 million rpm) toward a control valve.

The coolers do not have moving parts, decreasing the likelihood of failure and the need for repairs. With the addition of thermostatic control, plant operators can control the amount of airflow and cooling as needed for a particular enclosure.

While running, the coolers maintain a slight pressurization in the enclosure, which keeps flour, breading and other dust from the facility outside of the sensitive panel electronics.

In conclusion, for Max Imaging and Electrical, the vortex coolers provided an effective, low maintenance solution that keeps enclosures cool, clean and protected. Although there is still flour dust in the air, there are no longer any thermal shutdowns, which has excitement in the air as well. PC

Not an Isolated Incident

As electronic components have become smaller and more powerful, so have the enclosures that house them in manufacturing and process plants. Many industries rely on microprocessors, variable-frequency drives (VFDs) and PLCs for precise controls. While these components provide more accuracy and repeatability of processes, they generate a lot of heat that must be dissipated. With reduced space in the enclosures, inadequate airflow leads to higher temperatures, thermal runaway and control failures.

Thermal testing has shown that natural convection cooling may not be adequate for smaller, high power density enclosures. Fan cooling is the most frequently used method because of its ability to provide heat transfer rates up to 10 times greater than those achievable with natural convection. Even those rates, however, are not adequate to cool electronic components when they are located in plant environments where ambient temperatures can exceed 90°F (32°C).

Vortex coolers offer a simple solution. Using an internal vortex tube, they convert factory compressed air into a clean, dry, low pressure cold airstream that is distributed throughout the enclosure. These systems provide efficient, reliable enclosure protection from heat- and dirt-related problems for electronics in both ordinary and hazardous locations.

The enclosure cooler uses a vortex tube to convert a filtered compressed air supply into refrigerated air without the use of electricity, ammonia or other refrigerants. Vortex-tube technology creates cold and hot air by forcing compressed air through a generation chamber that spins the air centrifugally along the inner walls of the tube at a high rate of speed (1 million rpm) toward a control valve. A small percentage of the hot, high speed air is permitted to exit at the control valve. The remainder of the (now slower) airstream is forced to counterflow through the center of the high speed airstream, giving up heat as it travels through the center of the generation chamber before finally exiting through the opposite end as cold air. There are no moving parts in a vortex tube, so the systems have low maintenance requirements (figure 1).

The cold air is discharged at a lower pressure and velocity into the enclosure while the hot air inside the enclosure is vented out of the enclosure box through a relief valve. The relief valve, baffling and cooler-to-enclosure seal maintain the integrity of NEMA-rated boxes in ordinary locations.

Vortex coolers are available in cooling capacities up to 5,000 BTU/hr (1,465 W). The plug-and-play units can be top- or side-mounted and maintain the enclosure’s NEMA 4/4X rating.

Steve Broerman is an applications engineer with Vortec. The Cincinnati, Ohio-based company can be reached at 800-441-7475 or visit www.vortec.com.