Industrial process cooling systems can operate at very cold and even cryogenic temperatures. Creating liquefied natural gas (LNG), for example, requires refrigeration systems to operate at temperatures of -265°F (-165°C) or less. At these temperature extremes, any flaws in the design or installation of the insulation system will quickly become apparent and could potentially damage the system. This is most commonly seen in the form of condensation forming on the outer jacketing or, in particularly bad situations, ice formation on (or in) the insulation. System design flaws also can cause material loss or pressure buildup because the liquefied material reverts back into its gaseous state.

This is why it is critical to design any industrial process cooling system to:

To accomplish these objectives, virtually all process cooling applications utilize mechanical insulation systems as a primary method for:

The most common insulation materials used in non-food/beverage industrial process cooling applications are polyisocyanurate (PIR) foam insulation and cellular glass insulation. Both these insulations offer benefits that system designers can utilize to ensure their systems operate as effectively as possible. 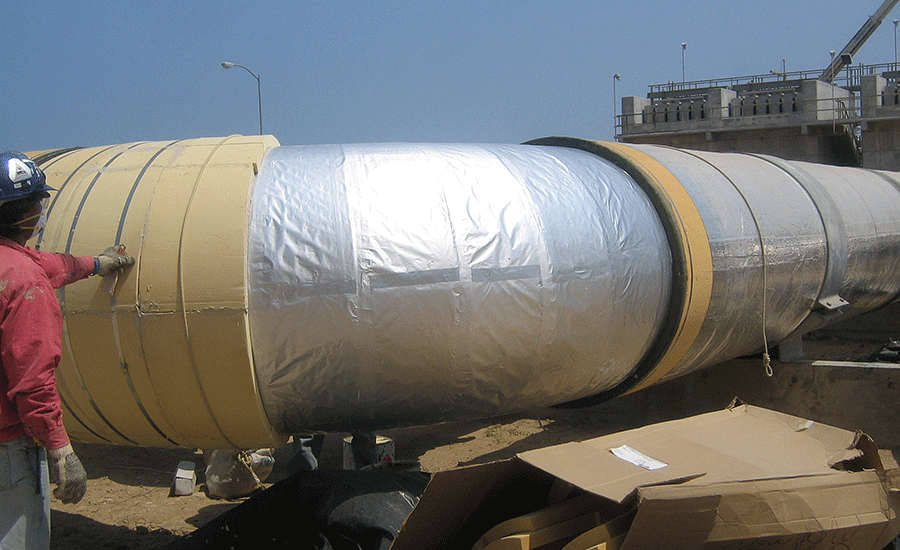 PIR insulation — a rigid, polyisocyanurate foam — can be used in applications ranging from extremely low cryogenic temperatures to those operating at 300°F (149°C).

PIR insulation is a rigid, polyisocyanurate foam that can be used in applications ranging from extremely low cryogenic temperatures to those operating up to 300°F (149°C). When compared to cellular glass, PIR insulation has a much lower (better) thermal conductivity (K factor), so it can be used at thinner thicknesses while still achieving the desired performance. Additionally, PIR offers mid-level compressive strength, which can help prevent damage to the system under abuse or impact.

When selecting a mechanical insulation material, system designers should keep several insulation characteristics in mind prior to specifying one insulation over another. These include:

These considerations should be compared to the needs of the application to ensure that the insulation system’s characteristics meet the unique requirements of each project. 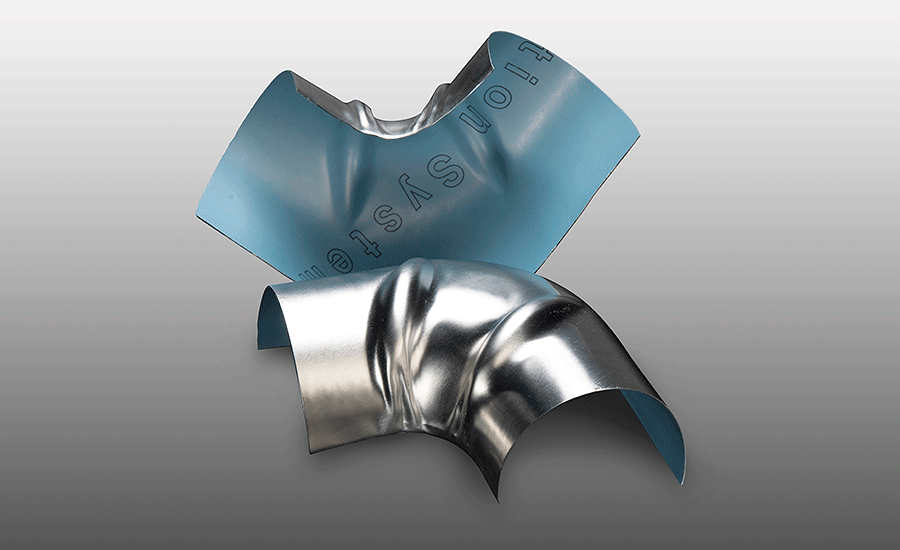 Metal jacketing should have a moisture barrier that is factory heat laminated to the interior surface to reduce the propensity of jacket corrosion.

Keep in mind that the K factor of a material cannot be accurately represented by a single value. (It varies considerably with temperature.) Typically, the K factor value at 75°F (24°C) mean temperature often is used as a rough estimate of performance when comparing materials.

When the K factors of PIR and cellular glass are compared for operating in the cryogenic temperature range, cellular glass has a thermal conductivity; that is, 25 to 65 percent worse than that of PIR. When this thermal performance is converted into a required thickness of insulation, cellular glass will need to be approximately 25 to 35 percent thicker than PIR to achieve the same performance. 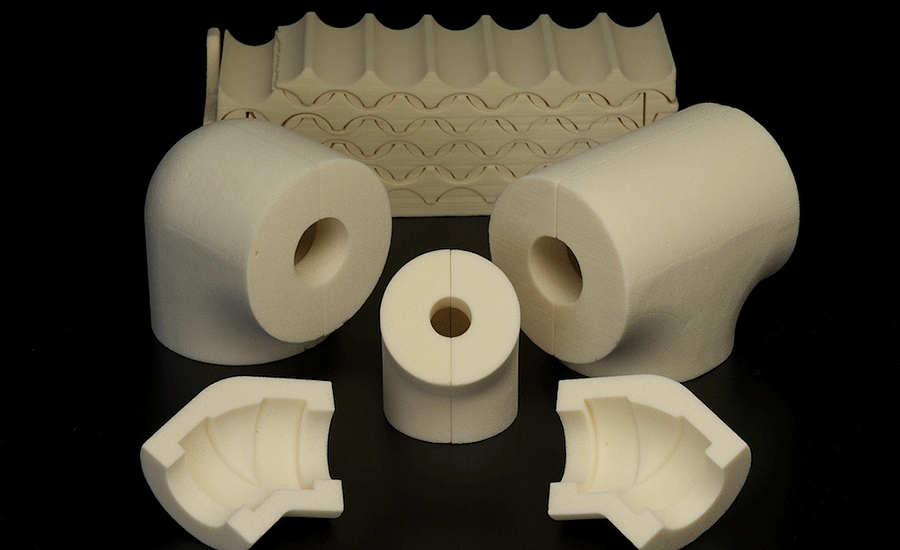 In addition, in LNG applications where it is common to use a three-layer insulation system, a secondary vapor retarder usually is applied between the second and third insulation layers.

Typically, plant personnel can identify when the vapor retarder has failed on a system because, initially, excessive condensation will occur. As more water enters the insulation system and the thermal performance is further compromised, ice can begin to form on the outside of the metal jacketing. Because ice is vastly more thermally conductive than pristine insulation, its presence in or on the insulation system is a sign that there is likely more heat gain into the system than desired. Additionally, freezing water and its associated expansion can further damage the insulation and vapor-retarder systems if it is not addressed promptly.

Unfortunately, it is difficult to repair an insulation system that has failed to the point of exhibiting ice formation. Therefore, the best approach is to properly design and install the system with a robust, long-lasting and high performance vapor retarder in the first place. 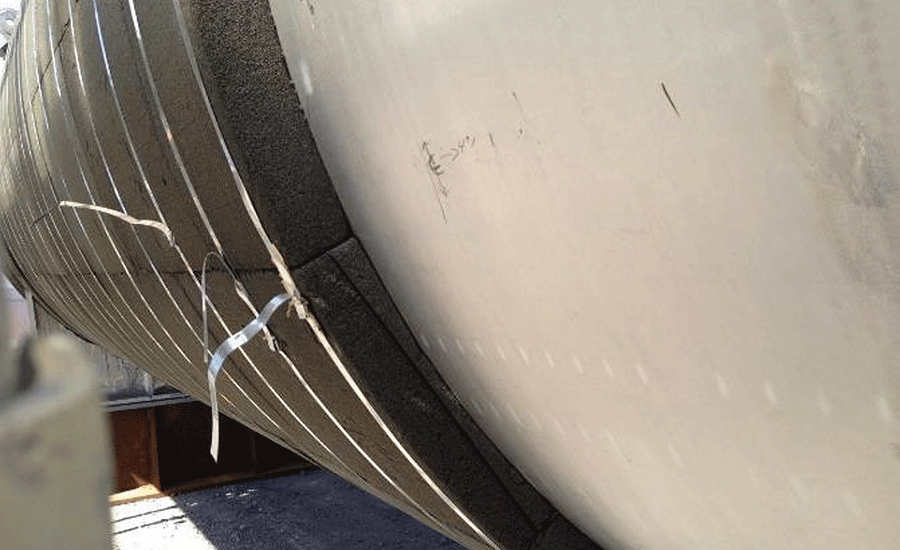 Cellular glass is a rigid, glass insulation that can be used at cryogenic temperatures as well as in high temperature applications up to 900°F (482°C).

Regardless of the metal jacketing used, it should have corrosion protection. For instance, one type is a three-layer, 76-micron thick, polyfilm moisture barrier heat laminated at the factory to the interior surface. Such a moisture barrier helps reduce the propensity of jacket corrosion. After all, a metal jacket with holes in it from corrosion will not provide much protection. 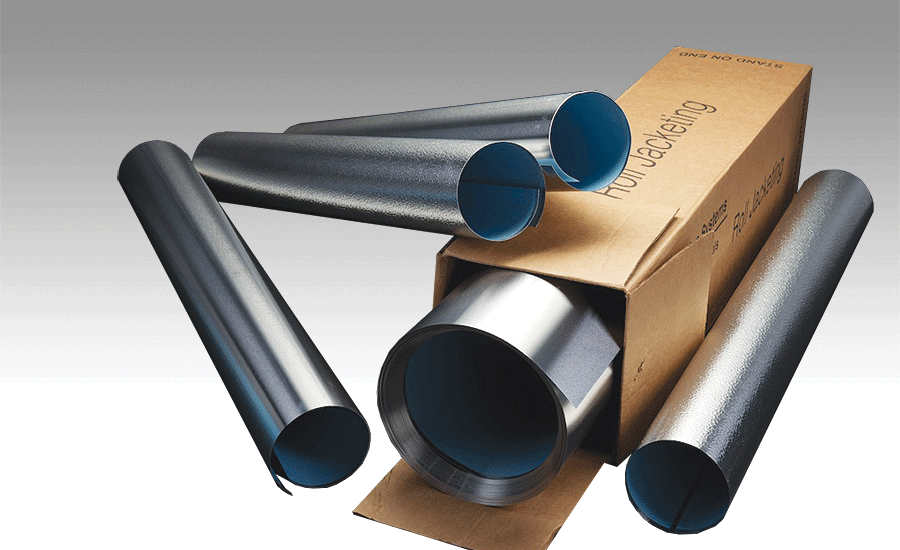 Typically, system designers should design their insulation systems and insulation thickness using near-worst-case ambient climatic conditions. This means high temperature, high humidity and low wind speed. Even though an area may only encounter 90 percent relative humidity and 90°F (32°C) ambient temperatures for a month out of the year, that month will test the system. It is far better to design the system with this in mind than to have the system fail under challenging conditions.

In conclusion, proper specification of mechanical insulation used in industrial cryogenic process cooling requires system designers to consider more than simply the required temperature of the application. The insulation system is a critical and complex part of the total project. It must be designed by trained experts familiar with the engineering aspects of such a system, and it must be installed by insulation contractors familiar with the materials and the systems used in these cryogenic systems.

In determining which insulation to use, system designers should keep in mind the physical characteristics of the insulation and compare those to the unique needs of the system as well as the project’s budget and cost constraints. PC

Jim Young is a cold insulation specialist engineer with Johns Manville. The Denver-based company can be reached at 800-654-3103 or visit www.jm.com.

Kim Melton is a technical writer with Johns Manville. The Denver-based company can be reached at 800-654-3103 or visit www.jm.com.