Without proper cooling, electrical cabinets can become like ovens. To effectively protect the sensitive electronics within the cabinets, you must overcome the heat radiating from the equipment in the panel. At the same time, you must account for the external heat load applied to the enclosure by the ambient temperature in which it is located. Overheating within an enclosure can reduce the lifespan of equipment such as PLCs, HMIs and drives. Overheating also can lead to malfunctions or entire system shutdowns.

Various methods are used in industry to dissipate heat loads within an electrical enclosure. Knowing the options to handle difficult environments will help keep production running.

What Is a Vortex Tube?

French scientist George Ranque wrote about his discovery in 1928, calling it the tube tourbillion. But, it was not until German physicist Rudolf Hilsch’s research paper in 1945 on the wirbelrorhr, or whirling tube, that the vortex tube entered the minds of commercial engineers. So, how does a vortex tube produce a cooling airstream? A vortex tube-based cooler has no moving parts. Compressed air is plumbed into the side port of the vortex tube (figure 1). Then, it is ejected tangentially into the internal chamber where the generator is located. The air begins flowing around the generator, spinning up to 1 million rotations per minute toward the hot end of the tube. At that hot end, some hot air escapes through a control valve.

Still spinning, the remaining air is forced back through the middle of the outer vortex. Through a process of conservation of angular momentum, the inner stream loses some kinetic energy in the form of heat to the outer stream before it is exhausted through a valve on one end. The balance of the air exits the vortex tube as cold air on the other end.

Industrial applications and products have since been developed. For instance, vortex tube-based electrical-cabinet cooler systems use a source of compressed air to create a cold airstream to cool hot enclosures. They can be provided in NEMA Type 12 (IP54)and NEMA 4 and 4X (IP66) models, and some are rated for hazardous locations. Typically, they are compact and mount quickly through an electrical knockout.

Available in a range of cooling capacities, vortex tube-based coolers can be equipped with thermostat-controlled capabilities. Such coolers are suitable for locations that have fluctuating temperatures. To save compressed air, vortex tube-based coolers are best suited for applications where both constant cooling and constant positive pressure inside the panel are required. 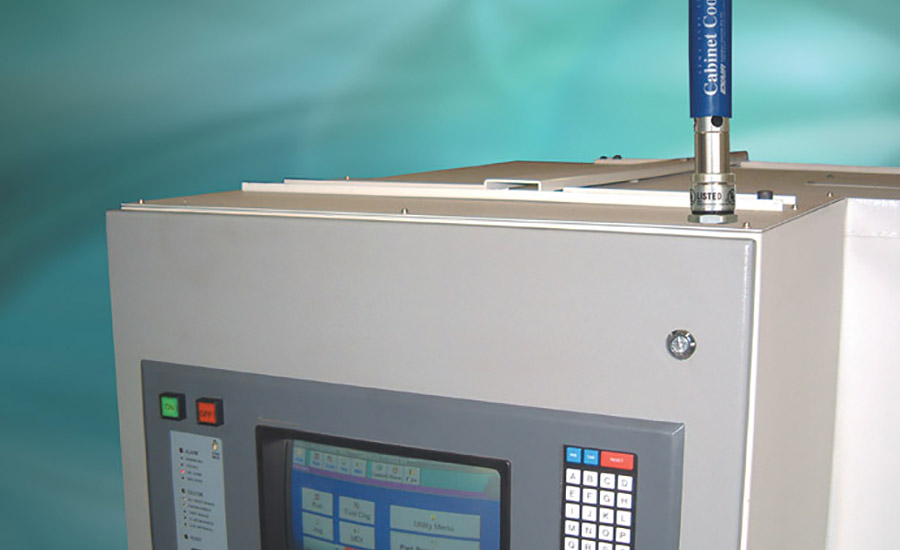 Vortex tube-based coolers provide cooling in environments that are above ambient temperatures, in areas that are very dirty or in remote locations that receive little attention.

As previously mentioned, vortex tube cabinet coolers mount to an enclosure through a drilled hole or standard electrical knockout. A NEMA Type 12 cooler may be mounted on the top, bottom or side of the panel. By contrast, a NEMA Type 4 and 4X unit typically is mounted on the top or side of the panel in the vertical position to maintain NEMA integrity.

A cold-air distribution kit is routed around the panel to circulate the air inside of the panel. Thermostat-controlled systems need a thermostat mounted and wired to a solenoid valve.

Whether the cabinet cooler has been configured to run with thermostat control or in continuous operation influences how it operates. Thermostatically controlled vortex coolers save air — and thereby increase efficiency — by activating the cooler only when the internal temperature reaches a preset level. Thermostatically controlled cabinet coolers are a good option when fluctuating heat loads are caused by environmental or seasonal changes.

By contrast, continuously operated cabinet coolers can be used in situations where users need to keep a small positive pressure on the panel at all times. Examples where a cabinet cooler might run continuously include applications with dirty and dusty environments or in cases where the heat load does not change. 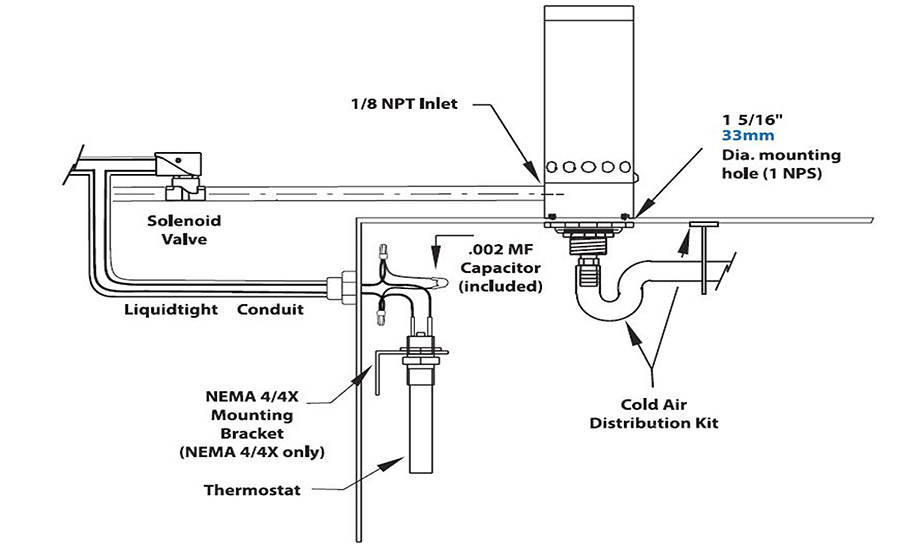 A vortex tube cabinet cooler mounts to the enclosure through a drilled hole or standard electrical knockout.
*Click the image to see a larger version. 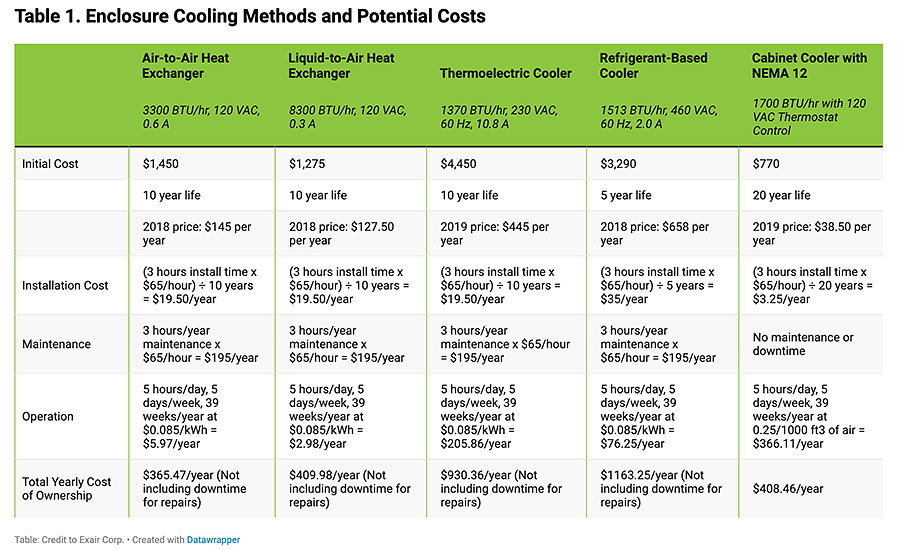 In conclusion, heat within an electrical cabinet can be a major issue for manufacturing companies. The costs associated with downtime and repairs on sensitive electronics that fail due to heat or environmental contaminants are an unnecessary burden.

Various methods are used in industry to dissipate heat loads within an electrical cabinet. Vortex tube-based coolers are suited to handle difficult environments and can help keep production running. PC

Jordan Shouse is an application engineer at Exair Corp. The Cincinnati-based company can be reached at 800-903-9247.

Vortex Tube Cooling: Don't Get Hot Under the Cabinet

How Variable-Speed Portable Chillers Can Help