A thorough understanding of how water-chemistry characteristics vary around the world is required to effectively treat, control and optimize seawater cooling systems.

The increasing scarcity of fresh water — driven partly by strong global economic growth — is propelling demands to use seawater in cooling water systems. Seawater is widely used for cooling in many areas of the world, particularly in the Mediterranean, Middle East, Latin America and Pacific regions. Most of the seawater cooling applications are either once-through or run at very low cycles of concentration (less than 1.5 to 2.0). This necessitates treating large quantities of seawater — which raises potential discharge concerns.

Although once-through seawater systems are still common, there is a move toward the installation of more open cooling systems. Drivers include growing concerns about high discharge flow rates and the impact of thermal pollution near the discharge point.

Using seawater in cooling systems brings special challenges. The high dissolved salts concentration in seawater has a large impact on its physical and chemical properties. For that reason, it needs to be taken into consideration during the design of the cooling system and the selection of an ongoing treatment program.

An effective plan to treat, control and optimize seawater cooling systems can help ensure performance and reduce thermal pollution. To determine that plan, a thorough understanding of how the high ionic strength and water-chemistry characteristics differ around the world is required. In addition, it is helpful to understand evolving chemical treatment options and available monitoring equipment.

Approximately 97 percent of the water covering the surface of Earth is seawater. It is a solution of salts nearly constant in composition, dissolved in various amounts of water (figure 1). More than 70 elements are dissolved in seawater; however, only six  — chloride, sodium, sulfur, magnesium, calcium and potassium — make up over 99 percent of all dissolved sea salts.

When compared to fresh water, seawater is a highly stable solution and has a consistent composition around the world. Typically, salinity ranges between 3.1 to 3.8 percent with an average of 3.5 percent (35 g/L). High evaporation levels cause noticeably saline water in the tropics. By contrast, fresh water runoff in some enclosed northern areas like the Baltic Sea dilutes the seawater to almost fresh.

The problems areas in all water cooling systems — namely, corrosion, scaling, deposition or fouling and biological control — need to be considered regardless of the water source. With chemical treatment of seawater, however, particular emphasis should be given to:

In summary, corrosion and fouling is addressed from a mechanical and operational perspective while scaling should be addressed with chemical and monitoring strategies. 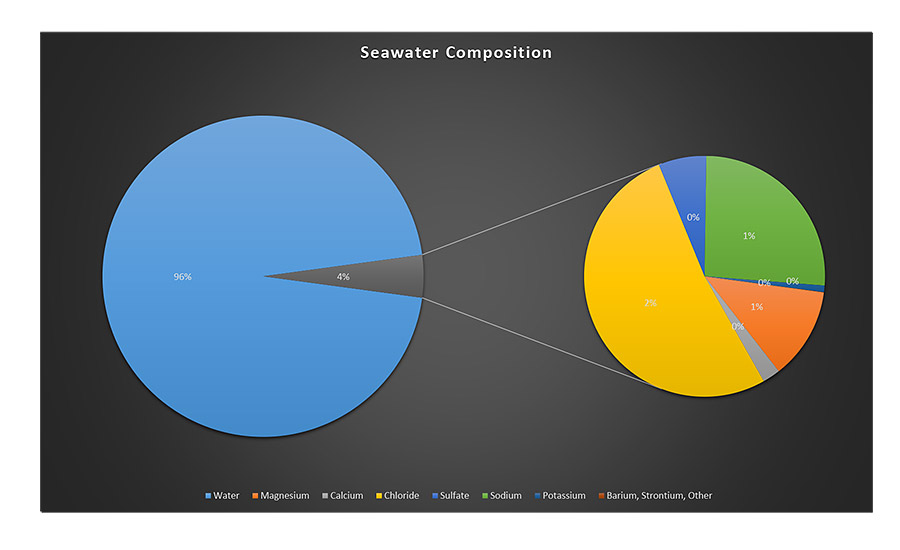 FIGURE 1. More than 70 elements are dissolved in seawater. However, only six make up over 99 percent of all dissolved sea salts: chloride, sodium, sulfur, magnesium, calcium and potassium. | Image provided by Suez Water Technologies & Solutions. (Click on image to enlarge.)

For the selection of a chemical treatment program, the primary practice is to use the saturation indices to predict the scaling tendencies of calcium carbonate (CaCO3) and calcium sulfate (CaSO4). They are also the two most common deposits found in seawater cooling systems. The traditional saturation indices fail to make a reliable scaling prediction with regard to the high ionic strength and unique pH: m-Alk relationship of seawater. When those indices are used, the scaling prediction generally results in under- or over-treatment, compromising either from the technical performance or the treatment costs. 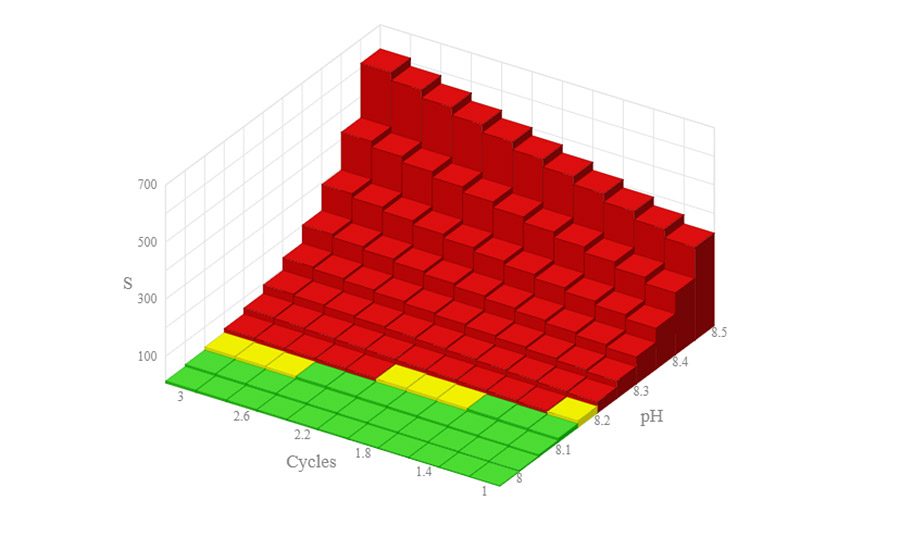 FIGURE 2. The solubility curve of CaCO3 for a sample seawater at 120.2°F (49°C) without any chemical treatment is shown. | Image provided by Suez Water Technologies & Solutions (Click on image to enlarge.)

One company's deposit simulator software for seawater uses proprietary algorithms to compare more than 100 potential deposits simultaneously. This software provides a visualization of deposition risk and automatically recommends product dosages. The software allows modeling of changing conditions to quickly evaluate and predict the product and dosage that could provide optimum cooling performance.

Figure 2 shows the solubility curve of CaCO3 for a sample seawater at 120.2°F (49°C) without any chemical treatment. The software model suggests that at a pH above 8.1, calcium carbonate starts to deposit even without cycling up the cooling water. At a typical seawater pH of 8.1 to 8.5, therefore, it is not possible to run with this water in an open cooling system without a chemical treatment program.

With the addition of a proprietary scale inhibitor, it is possible to operate with this same seawater at 120.2°F (49°C) without the risk of CaCO3 deposition. Figure 3 shows the safe operating window predicted by the software for this configuration. The cooling system will be safe to operate at three cycles of concentration if the seawater pH remains under a pH of  8.4.

The primary focus on seawater cooling systems is to prevent calcium carbonate scaling. This is applicable in all of the open cooling systems as well as the once-through systems where the skin temperatures and heat fluxes are above the precipitation threshold. 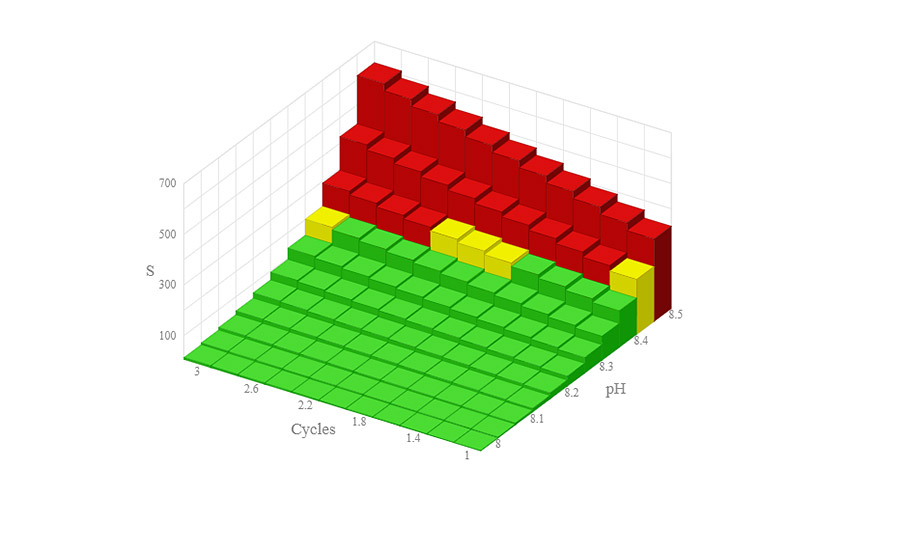 FIGURE 3. With the addition of a proprietary scale inhibitor, it is possible to operate with this same seawater at 120.2°F (49°C) without the risk of CaCO3 deposition. | Image provided by Suez Water Technologies & Solutions (Click on image to enlarge.)

In traditional scale inhibitors, phosphonate-based chemistries are used either alone or with polymeric compounds. Because this is the basic, standard treatment program, the ability to run the cooling systems at higher cycles are limited.

Another concern with this traditional treatment program is the impact on the environment. The phosphorus content in the discharge increases the risk of potential algal blooms and damage to coral reefs. The total phosphorus legislations limiting the amount in discharge is rather regional currently; however, an increasing number of countries are putting such limits in place.

The chemical treatment programs for scale control that are not based on phosphonates provide the ability to operate at higher cycles. This reduces the water consumption and, consequently, the total cost of operation in industrial plants.

Scale inhibitors that are halogen-stable, containing no phosphorus, nitrogen or metals, may allow operators to optimize performance while reducing water usage and thermal pollution. They also can help operators minimize the impact of discharge to the environment.

It is quite important to monitor the effectiveness of a chemical treatment program to prevent scaling in critical heat exchangers in a cooling system. Plants are rarely equipped with the necessary process monitoring tools, however.

In many cases, regular checks for water and process temperature as well as flow rates are performed in a cooling system, or some simulation software is used to predict the heat transfer efficiency and the cleanliness of a heat exchanger. These monitoring techniques often fail to predict the real-time performance of a heat exchanger and limit the ability of the plant to act on sudden performance losses. While some of these monitoring techniques may provide performance parameter trends, monitoring tools that are able to provide real-time performance data may better serve the plant. In severe operating conditions, such tools allow plant personnel to be proactive to prevent significant losses in operation and production.

One online monitoring tool mimics the cooling system’s heat transfer and water flow conditions while measuring deposition in real time. The equipment is engineered to handle the harsh seawater environment and is equipped with data-transfer capability to send real-time information continuously to the users. Alarms can be set up to warn in real time of any performance loss due to deposition. This will give the operator the opportunity to check the process parameters, investigate the root causes and take necessary actions to mitigate scaling. 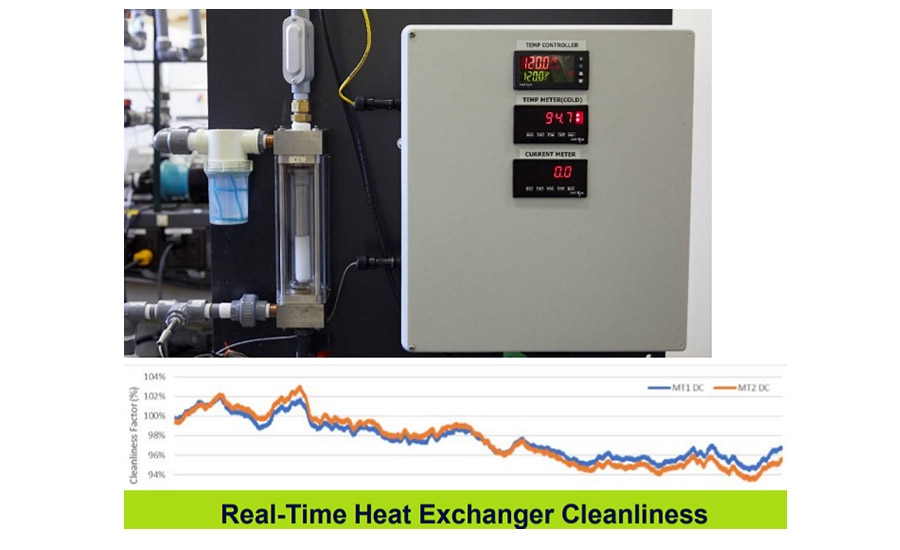 In conclusion, industrial plants around the world are under considerable pressure to reduce operating costs in seawater cooling towers no less than the fresh water ones. Although the seawater may be of no or negligible cost in industrial plants, the cost of pumping, pretreatment, chemical treatment programs and, where applicable, discharge can be very high due to the large quantities of seawater used in the cooling systems operating at low cycles. Software modeling and monitoring tools can help optimize seawater cooling applications and allow operating at increased cycles of concentration.PC