From cooling lasers, to food and beverage, to manufacturing processes, cooling equipment is critical to maximizing process efficiency and equipment longevity. As a company focused on manufacturing such cooling systems, Glen Dimplex Thermal Solutions in Kalamazoo, Mich., has tackled those applications and myriad others.

A cooling solution for a laser cutting system that Glen Dimplex was building, however, had a challenge: leaking evaporators due to corrosion of the copper-brazed heat exchangers. Changing to stainless heat exchangers helped the chiller maker eliminate the problem. 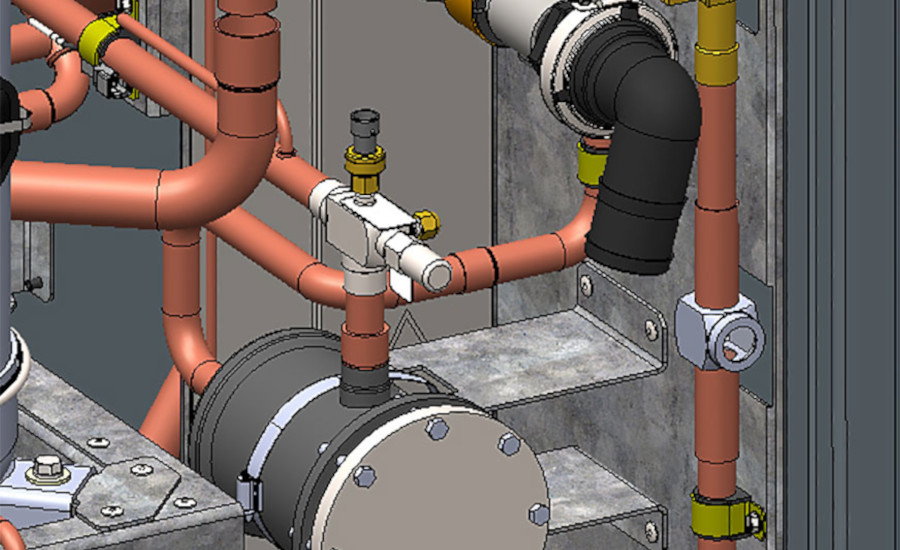 Case In Point. Cooling sheet-metal laser-cutting equipment was the main use for a system under development. The chiller manufacturer formed a partnership with the OEM laser-cutting integrator to provide a closed-loop cooling solution. The cooling systems would utilize refrigeration and water cooling as the primary means of heat rejection from the process.

For metal laser cutting, precise temperature control via cooling is critical in maintaining the integrity and accuracy of the cutting beam. This ensures that the laser can hold tight tolerances during the cutting operation. At the same time, during laser cutting, waste heat is generated by the laser resonator, optics and electronics. It must be rejected in a controlled manner.

The primary means of heat rejection is facilitated through deionized water that travels through the cooling plates of the laser and to the chiller. The chiller, in turn, is cooled by a brazed plate heat exchanger (BPHE), which subsequently is cooled by a refrigeration circuit. Using deionized water as the main coolant is important because this prevents short-circuiting of electrical and electronic components in the event of an internal leak.

The chiller is an integral part of the equipment utilized by the end-user for the laser-cutting operation. Chiller reliability is important to ensure quality cuts and prevent downtime. The chiller also must meet footprint limitations to improve the marketability of the OEM’s turnkey solution. Both of these factors influenced the decision to use brazed plate heat exchangers in the chillers for this application.

In the case of the laser-cooling solution, using stainless steel was important because it is impervious to the copper-corrosive deionized water. 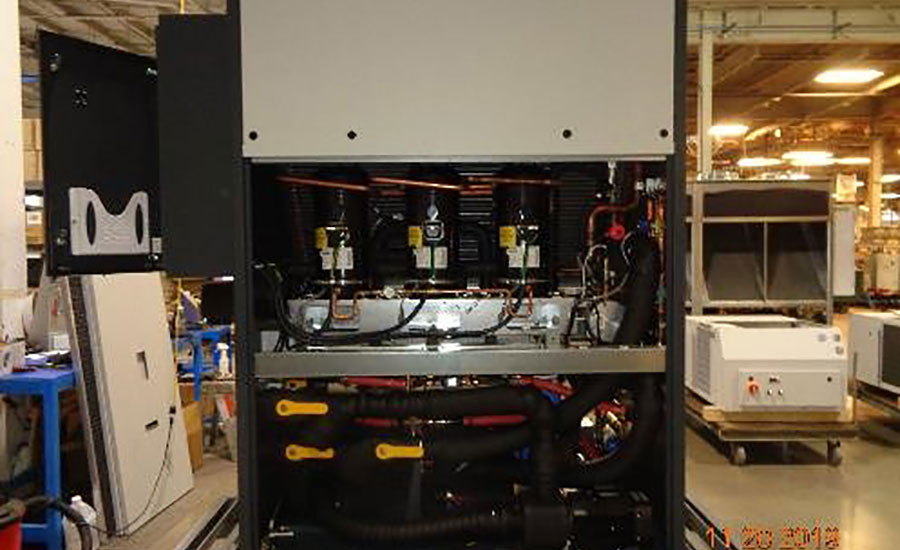 The inline heater element is placed inside the chiller barrel tank, where the evaporator is installed. It maintains a constant outlet temperature. Image provided by Swep North America Inc. 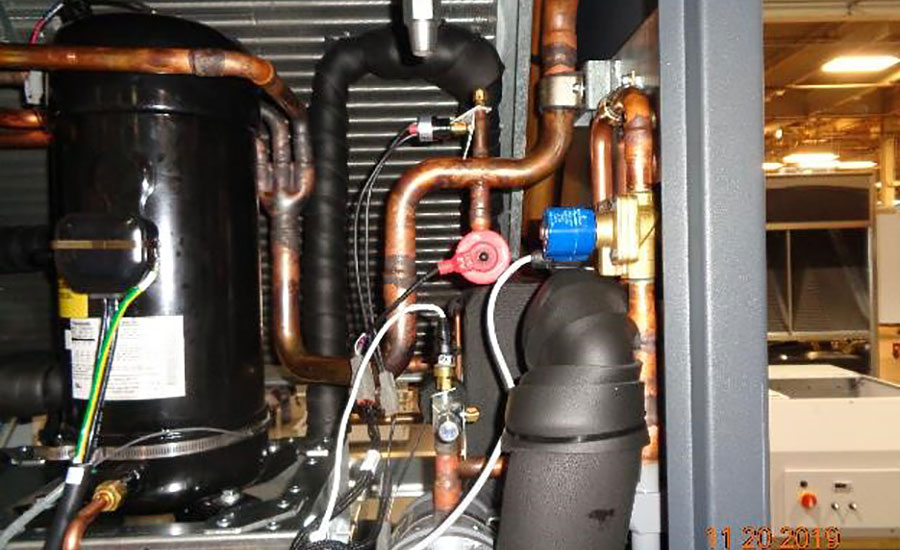 The heat/cool design uses heating and cooling tanks, but it switches instantly from hot to cold. Image provided by Swep North America Inc.

As aforementioned, precise temperature control is key in maintaining accurate cutting by the laser. The chiller achieved this by implementing hot gas bypass, where hot refrigerant discharged by the compressor is fed in a controlled manner directly into the evaporator of the circuit (the brazed plate heat exchanger in this case). This approach allows any excess cooling in the evaporator to be trimmed in a precise fashion, ensuring a tight tolerance on the coolant temperature. Conventionally, hot gas merges with cold refrigerant downstream of a throttling device such as a thermostatic expansion valve before entering the evaporator. This requires additional plumbing and enough length for the two streams to homogenously mix.

This approach is due to the heat exchanger maker’s proprietary design, which enables the introduction of the hot gas into the distribution port without affecting the suction liquid distribution. In addition, the exchanger manufacturer worked closely with the chiller maker to implement a method of integrating the hot gas stream directly into the brazed plate heat exchanger. This further reduced plumbing components and length while providing equivalent functionality.

The laser system OEM stressed this pain point to the chiller maker, which relayed it to the exchanger manufacturer. The conductivity level of the deionized water was thoroughly evaluated by stainless steel brazed heat exchanger from a material compatibility standpoint, which led to the requirement for all-stainless-steel brazed plate heat exchangers.

Exchangers manufactured exclusively with stainless steel are developed for systems that require 100 percent stainless steel components and for high temperature applications. They can be used with fluids such as ammonia that are corrosive to copper, or for sensitive applications where copper and nickel contamination must be avoided. By adding the all-stainless exchangers to their chillers, the cooling system manufacturer was able to extend its product offering. The exchanger manufacturer was able to provide the required material in a package that was viable from a total cost-of-ownership perspective.

Sumer Evans is the market communication specialist in the Americas for Swep North America Inc. The Tulsa, Okla.-based company can be reached at 877-602- 2989 or visit swep.net.

Sean Weera is a lead engineer, research and development, at Glen Dimplex Thermal Solutions. The Kalamazoo, Mich.-based company can be reached at 866-937-1950 or dimplexthermal.com.

Choosing a Chiller for Laser Cooling