A pharmaceutical company faced biofouling problems in its cooling tower until a new solution was implemented.

Biological fouling is a challenge faced in many water applications in industrial plants. Biofilm formed due to the presence of bacteria in the water can reduce heat transfer efficiency. Biofilm also can contribute to increased corrosion and maintenance requirements as well as lost productivity. In cooling towers, biofilms cause microbial-induced corrosion (MIC) and equipment failures. In membrane systems, biofilms cause scaling and reduce the life of the equipment.

One method of controlling biological fouling in cooling towers and membrane systems includes a combination of electrical deactivation of bacteria and the implementation of real-time sensing of the biofilm potential in the water. Bacteria deactivation is an electrical — and thus, chemical-free — process, yet it retains the optional use of biocide injection. Biofilm potential sensing can be used to inject biocide in a controlled manner should the electrical bacteria deactivation get overwhelmed during upset feedwater conditions.

This article will share a case history at a pharmaceutical company on the western coast of India. The case study focuses on a cooling tower application and compares the performance of chillers using the electrical deactivation method with controlled biocide injections versus the chillers operating with conventional biocide injection alone.

The pharmaceutical company awarded a cooling water management service contract for one of its facilities to the developer of the electrical deactivation technology for controlling biological fouling in February 2020. At that time, the pharmaceutical manufacturer faced frequent biofouling problems that contributed to deteriorated chiller performance and severe microbial growth in the cooling tower. Because biofilm is a poor thermal conductor, it affected the condenser approach temperature, resulting in increased power consumption and, thus, the total cost of operation.

Initially, traditional methods had been used to control biofouling in the plant, including oxidizing and nonoxidizing biocides. The chemical treatment program using biocides consisted of regularly injecting oxidizing and nonoxidizing biocides alternately every 10 days. Such methods of biofouling control face challenges because microbes tend to adapt to the chemical environment for survival, and they continue to grow. Because of persistent biofouling, the system required the frequent intervention of technicians as well as maintenance labor to maintain the desired plant performance.

The sensing component incorporates an electrochemical device that can detect as little as 1 percent biofilm surface coverage and identify early biofilm formation. It also controls the dosing of supplemental biocide feed using real-time electrochemical sensing and data monitoring to eliminate biofilm. The system is intended to eliminate biofilm to restore and maintain operational efficiency while achieving this result with minimal use of biocides.

The sensor detects the biofilm signal, typically in the range of 300 to 1200 mV. It is converted to a standard 4 to 20 mA signal to control biocide injection if needed. Most surface waters exhibit a baseline biofilm potential that may be considered “normal” or acceptable. Any sudden or step increase in biofilm potential indicates the beginning of biological fouling in the system.

The continuous electrical deactivation component works by emitting a weak AC current to bacteria in the water, which deactivates biofilm formation. Bacteria present in the water may not necessarily die; instead, bacteria lose the ability to reproduce and form colonies in the water system.

The third component in the system is a control box with remote-monitoring capabilities. The control box manages the operation of the biocide-dosing pumps.

At the pharmaceutical facility, the system was installed in a 3" metallic pipe on an outlet of a chiller condenser. The outlet returned water to a common cooling tower supporting a total of eight chillers. Due to plant-specific production conditions, typically four or five chillers run on a continuous basis. The biofilm monitoring sensor was installed 10' downstream of the bacteria deactivator. The sensor output was connected to the control box for the electrical deactivation system to manage the chemical-dosing pumps. The signal from the biofilm sensor also was remotely monitored over an internet connection with a standard device.

The performance of the chillers was monitored during a two-month trial period. A test protocol was developed to assess and compare the performance of the electrical deactivation system and conventional biocides. Monitored data included the bulk water bacteria count in the system and the measurement of the biofilm sensor signal (figure 1 and table 1). 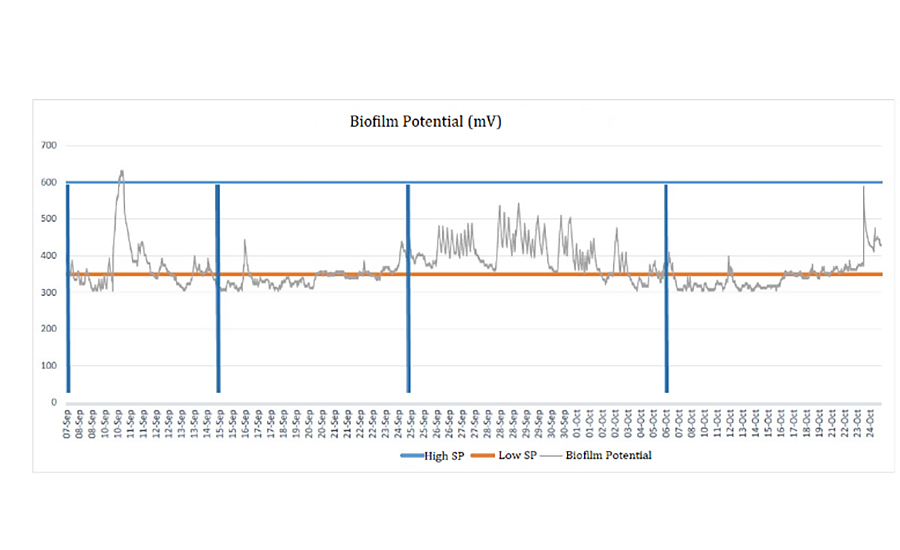 FIGURE 1. A test protocol was developed to assess and compare the performance of the electrical bacteria deactivation system versus biocides alone on the bulk water bacteria count in the system and the measurement of the biofilm sensor signal. (Click on the image to enlarge.)


The measurement summary of biofilm potential signal through the observation period is as follows:

Sensor Acclimatization. The first seven days of the trial period were used to allow the sensor to start building biofilm on its sensing surface. Biocide injection continued as per the existing normal operating practice. The elevated millivolt reading on the sensor indicated the injection of biocide during that period. Note that the biofilm sensor signal temporarily increased in the presence of biocide chemicals (both oxidizing and nonoxidizing types). That is the normal behavior of the sensor. Most of the signal readings averaged around 350 mV during this period, indicating good biofouling control using biocide chemicals (figure 2). 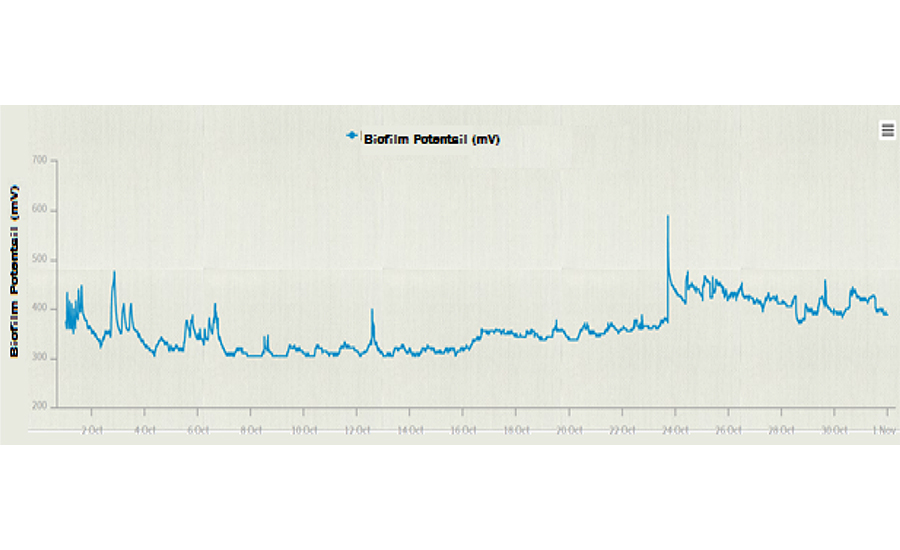 FIGURE 2. The measurement of biofilm potential signal through the observation period is summarized. (Click on the image to enlarge.)

Phase 1 of Electrical Bacteria Deactivation. After the acclimatization period, for the next 11 days, biocide injection was stopped completely. Only the electrical bacteria deactivation technology was used to control biofouling. As can be seen from the signal trend, the biofilm signal was still maintained around 350 mV, indicating a similar or better level of control using the electrical bacteria deactivation system.

Conventional Biocide Treatment. For the next 11 days, the normal control program using traditional biocide chemicals — without the bacteria deactivator — was used. As shown in figure 2, the mV signal rarely touched the baseline of 350 mV, exhibiting worse performance than the prior seven-day period using electrical bacteria deactivation.

Phase 2 of Electrical Bacteria Deactivation. The bacteria deactivator was resumed, and chemical dosing was stopped in this phase. This control methodology continued as the preferred mode of biofouling control operation. In the initial period, the sensor signal was below the 350 mV baseline, but later, there was a sudden spike in the signal. That spike was due to water flow being stopped for maintenance needs: The system was stagnant for a period of time that allowed biofilm to build on the sensor. The later millivolt signal continued to trend downward, indicating the effect of bacteria deactivation in controlling biofilm formation. 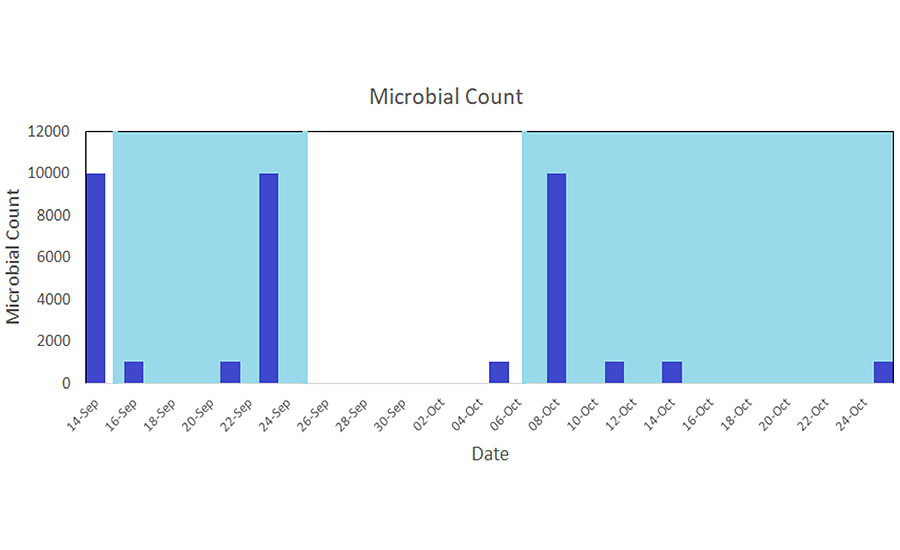 Chiller Condenser Approach Temperature Data. The electrical bacteria deactivation system performance was evaluated in terms of chiller condenser operational parameters (figures 4 to 7). The condenser approach temperature (AT) denotes the performance of chiller plants, which is mostly affected by scales and the biofilm. Because biofilm is a poor thermal conductor, it adversely impacts heat transfer and results in increased AT, which leads to increased power consumption. 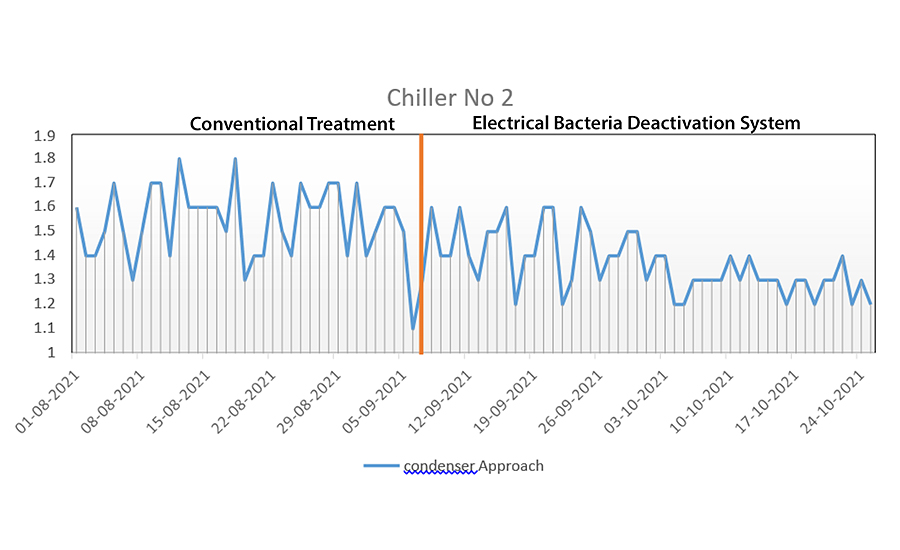 FIGURE 4. Performance was evaluated in terms of chiller condenser operational parameters. The condenser approach temperature (AT) denotes the performance of chiller plants. The graph shows decreased AT compared to conventional treatment. (Click on the image to enlarge.) 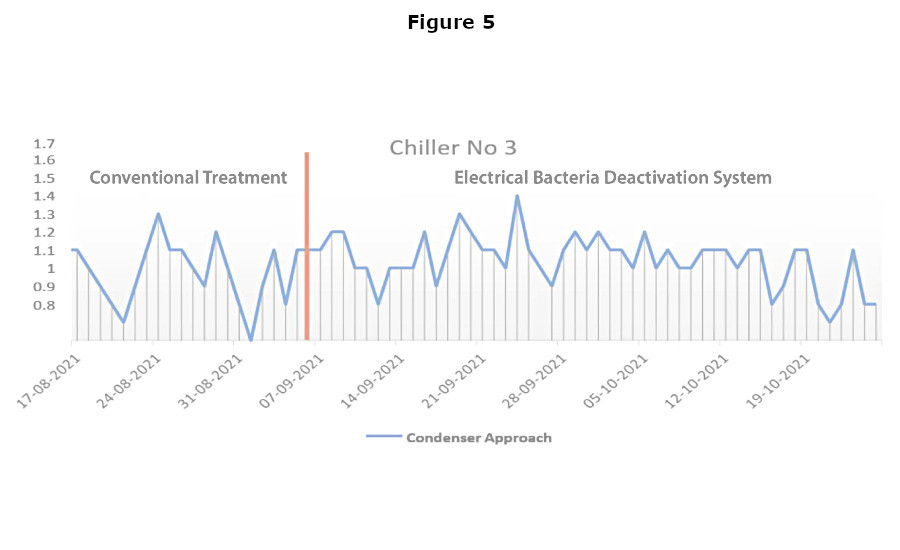 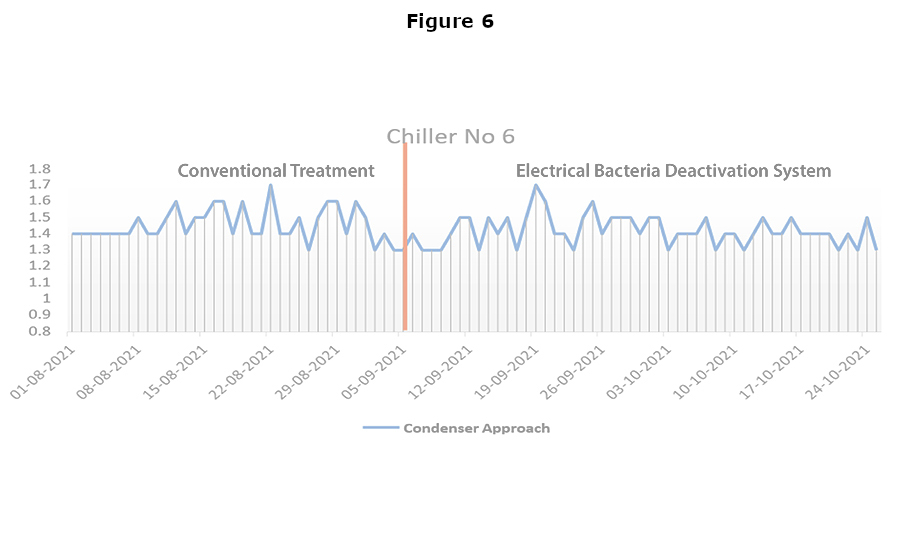 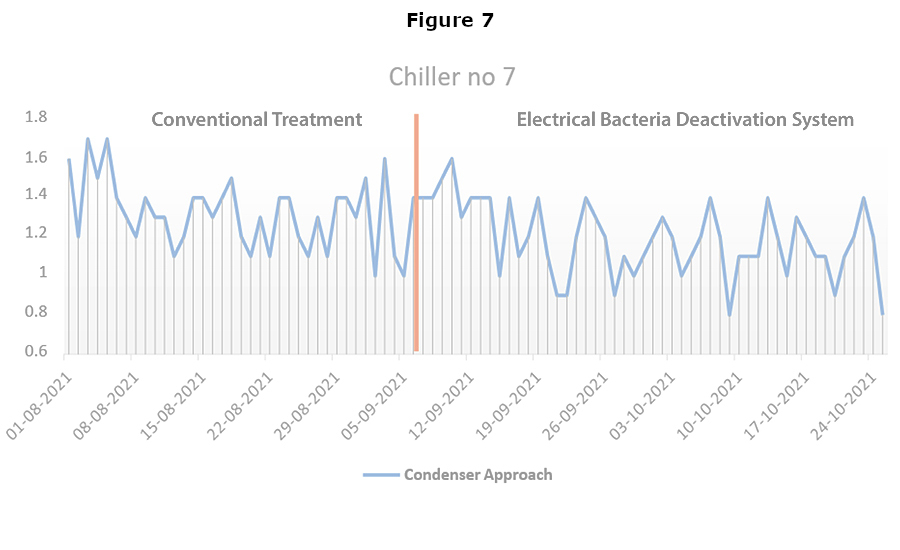 FIGURES 5, 6 AND 7. These graphs compare the performance of three chillers treated with the electrical bacteria deactivation system versus conventional treatments. (Click on the image to enlarge.)

Nitin Shinde is the director of integrated water services with Aquatech. The Canonsburg, Pa.-based company can be reached at 724-746-5300 or visit aquatech.com.